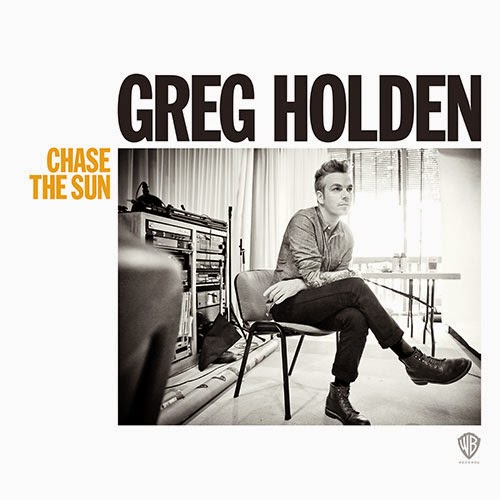 Previous: Episode156 - Light It Up

Whitehorse
"Downtown"
'Leave No Bridge Unburned'
Six Shooter, 2014
Notes: "He's a hotshot guitar wiz who joined Sarah McLachlan's band as a 19-year-old, then launched a Juno-nominated solo career as a roots singer-songwriter. She's an Americana musician who released her first album in 2001, kicking off a career that's since included collaborations with Ron Sexsmith and gigs on the rebooted Lilith Fair tour. Together, Luke Doucet and Melissa McClelland have formed Whitehorse, a Canadian superduo whose music swirls together the swampy swagger of the Bible Belt, the minor-key melancholy of film noir soundtracks and the raw stomp of rock & roll."
(@WeAreWhitehorse)

Greg Holden
"Hold on Tight"
'Chase The Sun'
Warner Bros., 2015
Notes: "Maybe you haven't heard of singer Greg Holden – yet – but you've certainly heard his handiwork. The British singer-songwriter (and Brooklyn transplant) penned the song "Home," which was chosen by Jimmy Iovine for Phillip Phillips to sing at the end of American Idol's season 11, turning Phillips into a superstar. "It was like winning the lottery," Holden says of the opportunity, which thrust his own talents into the spotlight. Holden's sound fits into a similar alt-folk, Mumford and Sons-like genre, but Holden hates labels and defining it as such. "Let's just call it rock 'n' roll," he [said.]"
(@GregHolden)

Bouquet
"Come To Your House"
'In A Dream EP'
Ulrike/Folktale, 2015
Notes: "The songs of the Los Angeles duo Bouquet have a simplicity to them that belies their sharp craftwork. Both originally hailing from the Bay Area...becoming a live staple around LA across the past few years, the band has put out three releases, including this year’s In A Dream EP. A highlight from their debut EP, “Come To Your House” is a clean slice of pop minimalism, executing its magnetic melodicism with a restraint that makes its nuance seem deceptively modest."
(@BouquetMusic)

US Elevator
"Dangerous Love"
'US Elevator'
Little Sur, 2015
Notes: "Johnny Irion has been making some really awesome music for quite a number of years. Most notably, he’s been playing with his wife Sarah Lee Guthrie since 2000.  This week, Irion has shared “Dangerous Love”, the first track off of his own project, US Elevator’s upcoming self-titled record.  “Dangerous Love” is a grungy feeling, psychedelic, southern rocker. US Elevator was recorded in a cabin in Santa Barbara, and it was produced by Tim Bluhm (The Mother Hips) and mixed by Ryan Pickett (My Morning Jacket)."
(@JohnnyIrion)

Oddisee
"That’s Love"
'The Good Fight'
Mello, 2015
Notes: "Washington D.C. rapper/producer Oddisee is what happens when the child of Sudanese immigrants grows up listening to New York hip-hop... Fiercely independent, although he’s racked up releases in the double digits (including studio albums, mixtapes, and work with YU and Uptown XO as Diamond District), Oddisee remains one of those little-known cult favorites. His latest release, The Good Fight, might be the album that finally changes that. Lead single “That’s Love” grapples with the tough, gritty sides of love; the relationships that force you to squarely confront your vices."
(@ODDISEE)

79rs Gang
"Drama"
'Fire On The Bayou'
Sinking City, 2015
Notes: "No amount of wind and water can wash away the heritage and pride of New Orleans... Today, competition still abounds but not so fiercely that the tribes don’t appreciate each other’s work or even collaborate, as with...79rs Gang. With “two different chiefs” and “two different styles”, 79rs Gang combines the talent of two Mardi Gras Indian tribe leaders, Big Chief Jermaine Bossier of 7th Ward Creole Hunters and Big Chief Romeo Bougere of 9th Ward Hunters, who join forces on songs old and new. Today’s featured song, “Drama” is one of their originals and features a classic combo of call and response atop a steady polyrhythm of congas, bottles, handclaps and other percussion."
(#79rsGang)

Bhi Bhiman
"Moving to Brussels"
'Rhythm & Reason'
BooCoo/Thirty Tigers, 2015
Notes: "The son of Sri Lankan immigrants, one-of-a-kind folksinger and songwriter Bhi Bhiman (he was named after a character in the Mahabharata) spent his childhood in St. Louis, Missouri, and began playing guitar when he was nine years old. As a teen he fell under the influence of bands like Nirvana, Soundgarden, and Alice in Chains, but as he began to write his own songs, full of joyous wordplay and sharp humor, he began to sound more like Bob Dylan or Woody Guthrie, and he developed an utterly unique, Americana-fueled style that turned on his remarkable, Nina Simone-like voice. Relocating to the Bay Area, Bhiman began to establish himself on the local circuit..." Now he's on tour with his third album and opening up for Rhiannon Giddens!
(@BhiBhiman)

Sweet Spirit
"Have Mercy" (w/ Britt Daniel of Spoon)
Nine Mile, 2015
Notes: "Sabrina Ellis and Andrew Cashen collaborate together in the the Austin, Texas band Sweet Spirit. They recently had a boost to their career with the release of “Have Mercy,” a co-write with Spoon’s Britt Daniel, who also sings on the song. The release of the song is the band’s first new recording since they released their self-titled EP at the end of 2014. They are set to release their debut full length this summer, however they are currently on a headlining tour, as well of playing some high profile dates opening for Spoon."
(@SweetSpiritBand)

Beach Baby
"Ladybird"
B3SCI, 2015
Notes: "UK's Beach Baby make the kind of indie rock that reminds you of the good old days, when the genre wasn't filled with shitty bands all vying for an iTunes commercial/sync or biting off of the latest Arcade Fire. Wide-eyed and gorgeous, with elements of shoegaze and post-punk, and a chorus ready-made for a stadium..."
(@BeachBabyMusic)

Ava Luna
"Steve Polyester"
'Infinite House'
Western Vinyl, 2015
Notes: "Brooklyn indie rock outfit Ava Luna work fast: their last album was 2014's Electric Balloon, a bewitching collection of odd tunes that I'm still trying to make sense out of (in a good way), and next week they return with the intriguingly titled Infinite House. (How do you live in a house [hits blunt] that's truly infinite, man?) "Steve Polyester" is a song from that album, and like much of Ava Luna's material, it truly needs to be heard—multiple times—to get onto the band's singular wavelength."
(@AvaLunaBand)

Speedy Ortiz
"Raising the Skate"
'Foil Deer'
Carpark, 2015
Notes: "Speedy Ortiz released their hook-heavy EP Real Hair last year, which didn’t necessarily mark any sort of departure for the Boston-based band but was an immediately gratifying, simpler first listen compared to their debut full-length. 2013’s Major Arcana is an unorthodox record. Intricate instrumentation echoes lead singer and guitarist Sadie Dupuis’ hyper-intellectual word choice, making it anything but easy to listen to — which is what makes me return to it constantly. Speedy Ortiz [released] their sophomore album, Foil Deer...and if “Raising The Skate” is any indication, it will be a triumphant follow-up." This is Speedy's second stop by PUTV.
(@KillQuilty)

Warpaint
"I'll Start Believing"
“No Way Out” b/w “I’ll Start Believing”
Rough Trade, 2015
Notes: "A couple of months ago, the Los Angeles dream-rockers Warpaint shared a new song called “No Way Out” and promised that it would be the “first in a series of new songs being released this year.” True to their word, Warpaint have just released a new digital single, and it includes the version of “No Way Out” that we already heard, as well as an extended seven-minute take on the track. And there’s also a new song: “I’ll Start Believing,” which puts the band’s layered harmonies in service of something more tense and urgent than what they normally do. It’s a tough and insistent slab of new wave..." It's also Warpaint's second time on PUTV!
(@_Warpaint)

Rocky Votolato
"The Hereafter"
'Hospital Handshakes'
No Sleep, 2015
Notes: "Across the better part of two decades, the Texas-born, Seattle-based songwriter Rocky Votolato has proven to be one of the Pacific Northwest’s most venerable songwriters... His latest album, this year’s Hospital Handshakes, which was recorded with Chris Walla... On “The Hereafter”, Votolato sounds like a man who’s gone eleven rounds with his demons and still isn’t giving in." And we close out with Rocky's third time on the show!
(@RockyVotolato)