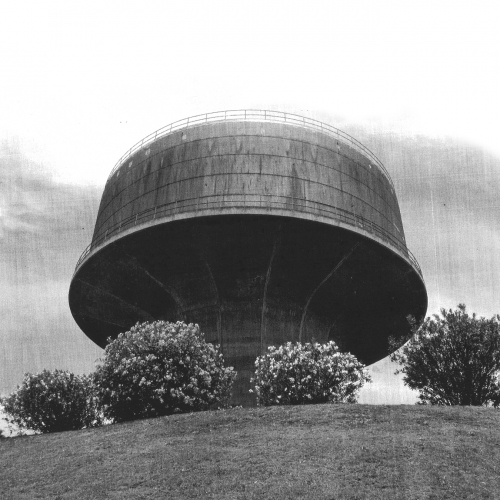 Palehound
"Molly"
'Dry Food'
Exploding In Sound, 2015
Notes: "Palehound’s debut Bent Nail EP was a charming release, one that showed off [Yonkers, NY-bsaed] Ellen Kempner’s inimitable songwriting skills while playing it a bit fast and loose with the hooks. In the intermittent two years, she’s fleshed out her sound — first with last year’s first with last year’s Kitchen 7″, and now with Dry Food, her upcoming first official full-length — and, on lead single “Molly,” she sounds better than ever. Kempner is long-time friends (and current roommates) with Speedy Ortiz’s Sadie Dupuis, and it’s clear that they’ve been watching each other closely. "
(@Palehound)

Destroyer
"Dream Lover"
'Poison Season'
Merge, 2015
Notes: "It’s been four years since the release of Destroyer’s magnificent Kaputt, which is quite possibly the best album of his long career. Since the release of 2013’s Five Spanish Songs covers EP, Dan Bejar has kept relatively quiet, but he’s back today with a new single and the announcement of a new record. Poison Season is out on 8/28, and “Dream Lover” is the lead single. Celebratory horns ring in his return, while Bejar’s voice keeps things grounded with his trademark wit: “Aw, shit, here comes the sun.”" It's Destroyer's second time on the show - not counting the two times Dan Bejar's been on with the New Pornos!
(#Destroyer)

T. Hardy Morris
"My Me"
'Hardy & The Hardknocks: Drownin On A Mountain Top'
Dangerbird, 2015
Notes: "Athens' singer-songwriter T. Hardy Morris—a member of Dead Confederate and one of the primary songwriters for the super band of people really good at drinking beer about being heartbroken Diamond Rugs—is back with a new record called Hardy & The Hardknocks: Drownin On A Mountain Top on June 23 via Dangerbird Records... lead single, "My Me," a song that Morris says is about figuring out the bullshit inside of your head. "Having conversations in there and hashing things out together; you and "you," he says. Those types of situations usually involve getting loaded, so we support the punky alt-country twang of "My Me."" Mr. Morris makes his third stop on PUTV.
(@THardyMorris)

Waxahatchee
"Under a Rock"
'Ivy Tripp'
Merge, 2015
Notes: "Waxahatchee makes the kind of music you listen to when you’re barely hanging on. That’s evident in “Under A Rock,” the latest single...clocks in at just over two minutes, thrumming by on garage-rock-angst and disappointment. Katie Crutchfield’s voice twists like barbed wire, lashing out but keeping the emotion just at bay as she seethes, “You’re someone else’s mess tonight.” Those five words capture all the freedom that comes from cutting dead weight out of your life and all the restraint it takes to stop offering help to a fucked-up person. Some people pray when they’re having a bad day, I just put on Katie Crutchfield." This is Katie's third time on PUTV.
(@K_Crutchfield)

Sufjan Stevens
"Fourth of July"
'Carrie & Lowell'
Asthmatic Kitty, 2015
Notes: "The new album by Sufjan Stevens is his first in five years and is intensely personal. Named after his mother and stepfather, Carrie & Lowell features an array of songs that are heartbreaking in their beauty. We celebrate the forthcoming holiday with one of the album's centerpieces, "Fourth of July."" It's the second track from 'Carrie & Lowell' we've played here - and it's Mr. Stevens third time here overall.
(@SufjanStevens)

Taylor & The Wild Now
"Salt"
self-released, 2015
Notes: "A few years ago, Taylor Baker won our Stage To Studio feature on the strength of her budding solo career. The Austinite appeared in our Studio 1A with a backing band that included guitarist/trumpeter Drew Walker, and soon Baker dropped the solo moniker. She teamed up with Walker as Taylor & The Wild Now, putting out a self-titled EP in 2014. The EP fleshed out Baker’s folk roots, but the band is back with a new single and something of a new sound. “Salt” dances around rippling guitar lines and a stuttering beat."
(@TheWildNow)

Vince Matthews & Jim Casey
"Bessie That’s A Lie"
'The Kingston Springs Suite'
Delmore, 2015
Notes: "The Kingston Springs Suite was recorded in 1972, with Kris Kristofferson, Shel Silverstein, “Cowboy” Jack Clement and Johnny Cash all involved with the project — but it was never released. However, after being shelved for 40-plus years, the album finally has a debut date, and The Boot is exclusively premiering one of the record’s songs, “Bessie, That’s a Lie.” In the early ’70s, outlaw songwriters Vince Matthews (now deceased) and Jim Casey joined together to write The Kingston Springs Suite, which chronicles Matthews’ adopted hometown of Kingston Springs, Tenn. — a town that boasts a population of 510. The record paints a picture of the town’s life and lore, blending a front-porch feel, traditional country and outlaw resonance."
(@DelmoreRecords)

Vaadat Charigim
"Ein Li Makom"
'Sinking As a Stone'
Burger, 2015
Notes: "We’re not going to make a big deal about this being Israeli shoegaze... We’ll just note that Vaadat Charigim’s second album, Sinking As a Stone, is a terrific blend of moody and atmospheric psych rock, post-punk and dreamy shoegaze that adeptly follows the premise of their debut. While 2013’s The World Is Well Lost seemed a more stricken response to a life surrounded by chaos and war, Sinking As a Stone is an even more thoughtful existential inquiry into a state of martial malaise (the album’s name literally translates from Hebrew to “The Boredom Sinks In”). But never will you consider yourself anything but enthralled as you listen to...“Ein Li Makom” (meaning “I Have No Place”)." We closed out 2013 with a track from Vaadat Charigim.
(#VaadatCharigim)

Royal Headache
"High"
'High'
What's Your Rupture?, 2015
Notes: "Sydney punk band Royal Headaches are set to release their sophomore album, High, which follows their self-titled 2011 debut. The title track from the Aussie band’s new record displays their controlled lo-fi sound and vocalist Shogun’s emotionally charged singing. Shogun actually quit the band back in 2014, with the band accepting his resignation on the condition that he stay to finish the record. So for now, they’re still a band. You can catch them on tour in the U.S. — with Shogun singing — this August."
(@RoyalHeadache)

Cairo Gang
"Be What You Are"
'Goes Missing'
God?, 2015
Notes: "The music of Chicago’s Cairo Gang is unabashedly retro, and better for it. Band leader Emmett Kelly is so unafraid to echo the past that he drags it into the present, making his influences sound as immediate now as they did when they first came along. "Be What You Are", from the Cairo Gang’s forthcoming LP Goes Missing [on Ty Segall's God? Records], is a pop-rock gem with so many classic touches—rockabilly beat, winding guitars, multi-part vocal melody, an efficient two-minute runtime—that it sounds less frozen in time than timeless."
(#CairoGang)

Chet Faker
"Bend"
Downtown, 2015
Notes: "The man behind your fave song of 2014 says he's sick of being stereotyped and that the new album he's working on is going to kill the cliches dead, forcing people to come up with new descriptions for his music. The Melbourne songwriter has been holed up in a home studio in Brooklyn working on the follow-up to Built On Glass, which he describes as "a step forward" in a new interview with The Daily Telegraph..."It's different. I wanted to force journalists to use adjectives outside the word 'chilled' and 'crooner' and 'bearded' and all that sh** they've been running with."" It's Chet's fourth (fifth?) time on the show.
(@Chet_Faker)

Janet Jackson
"No Sleeep"
'Unbreakable' (TBA)
Rhythm Nation, 2015
Notes: "If there’s one thing tying together the loose ends of pop in 2015, it’s the still-brilliant sparkle of Jimmy Jam and Terry Lewis... Ms. Jackson could’ve returned from her seven-year hiatus with the snappy, funked-out choreography of her late '80s catalog, or the slick electronics of her mid-'00s, to show the kids how the hell it's done. Instead, for the lead single off her 11th album, she’s called up Jam and Lewis and gone full-on quiet storm. "No Sleeep" evokes her richest and most breathtaking era: the mid-'90s stretch including 1993’s super-sensual janet., and especially 1997’s inimitable and deeply personal classic, The Velvet Rope."
(@JanetJackson)

Beach House
"Sparks"
'Depression Cherry'
Sub Pop, 2015
Notes: "There's a new album coming from Beach House, the dreamy Baltimore-based duo of Victoria Legrand and Alex Scally. That album, called Depression Cherry, comes out on Sub Pop on Aug. 28... "Sparks" has that familiar beauty we've come to expect from Beach House, but with a twist: The song begins with a vocal loop accidentally captured at the band's soundcheck in Bristol, England." It's Beach House's third spin on PUTV, but first in over three years!
(@BeaccchHoussse)

Hibou
"Dissolve"
'Hibou'
Barsuk, 2015
Notes: "Former Craft Spells drummer Peter Michel steps out in front of the kit with Hibou, a dreamy new Seattle post-punk project that builds on the legacy of Wild Nothing and DIIV. The 21-year-old’s self-titled debut is out this fall on Barsuk, and lead single “Dissolve” suggests it’s gonna be a good one. The track starts out as an especially warm and friendly spin on the C86 sound — all steady pulse, luminescent guitar, and mystical whispers — before exploding into a wonderfully florid prog-rock finish that feels like an entire woodland scene bursting into a celebratory dance routine, possibly with aliens present."
(@HibouBand)