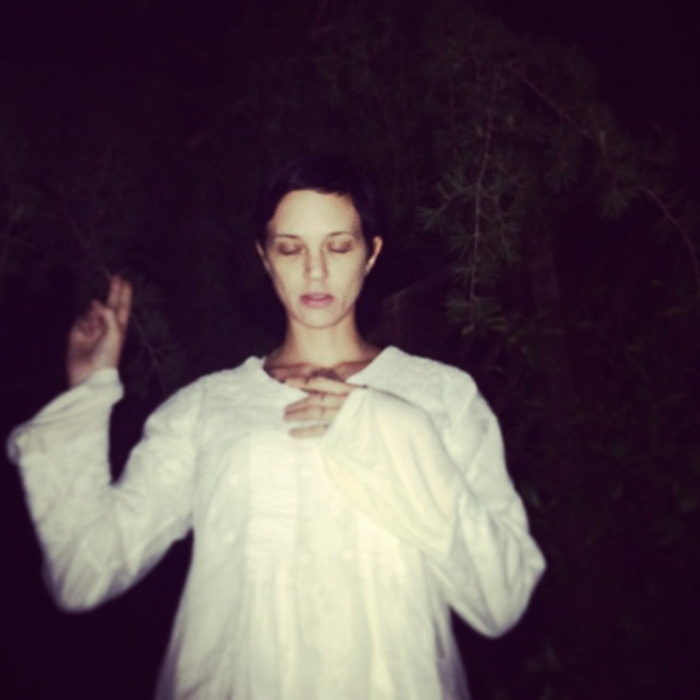 @PumpUpThaVolume: Episode166 – This Is What We Want

♫Makin' a soundtrack for another planet to hear♫ on Episode166 - This Is What We Want which features brand new sounds from Joanna Gruesome, Ash, Heavenly States, Love, Hippies & Gangsters, GospelbeacH, Girlpool, On An On, Desaparecidos, Centavrvs, Noel McKay, Fort Lean, Júníus Meyvant, Parlour Tricks, Saun & Starr and Black Whales...

Joanna Gruesome
"Last Year"
'Peanut Butter'
Slumberland, 2015
Notes: "Back in 2013, [Cardiff, Wales band] Joanna Gruesome showed up at CMJ here in New York and blew everyone’s brain to fucking oblivion... The Welsh band released a split with their friends Perfect Pussy the following year, and another split with Trust Fund... Joanna Gruesome announced that their sophomore LP, Peanut Butter, will drop this summer. On lead single “Last Year,” dizzying post-punk yelps recoil into the band’s trademarked hazy optimism — it’s all at once belligerent and melodic, a gut-splintering mood swing."
(@JoannaGruesome)

Ash
"Cocoon"
'Kablammo!'
Atomic Heart, 2015
Notes: "Ash [the now-20+ years and counting power pop band from Northern Ireland returns with their] first LP from the band in eight years, since 2007's 'Twilight of the Innocents'. It'll be their sixth full-length to date. Ahead of the album's release, the group have unveiled new single 'Cocoon' – which can be streamed below. Drummer Rick McMurray has described the track as "Ash at their frenetic best: a wall of guitars and a shot of adrenaline with a sweet melodic chaser". McMurray adds: "Having this much fun crammed into two and a half minutes is probably illegal.""
(@AshOfficial)

Heavenly States
"The Specialist"
'HISS'
Love Brand, 2015
Notes: "When The Heavenly States emerged in the early 2000s with a punk-inflected take on ’80s college rock melody, the California band followed through on their early buzz by steadily hitting the road and churning out consistent, regular records... the band’s latest release, this year’s HISS, might be their most ambitious undertaking to date – a triple album released exclusively on vinyl. On “The Specialist”, the band’s jittery energy propels them through a winding, pointed, and furious three-and-a-half minutes."
(@HeavenlyStates)

Love, Hippies & Gangsters
"This Is What We Want"
'Sun Over Babaluma EP'
FatCat, 2014
Notes: "Love, Hippies & Gangsters are an experimental, psychedelic rock band from London, formed in 2014, influenced by 60s psychedelia/garage, 70s experimental music, 80s/90s guitar drones and all sorts of other weird, obscure music from all over the world. The band has released two EPs to date, all written, performed and produced by Yiğit Bülbül, a Turkish artist residing in Hackney."
(@LHnGangsters)

GospelbeacH
"Sunshine Skyway"
'Pacific Surf Line'
Alive NatrualSound, 2015
Notes: "Maybe I just have The Grateful Dead on the brain since the band played their final reunion shows last weekend, but their influence was the first one I could hear in the initial bright hiccups of GospelbeacH’s debut song “Sunshine Skyway.” It’s the first-ever for the group, who largely rose from the remnants of Beachwood Sparks, adding one of that group’s biggest fans Neal Casal (of Ryan Adams and the Cardinals) in the process... “Sunshine Skyway” courses with the warmth of frontman Rademaker’s home state Florida — and his adopted home California — and the easygoing nature of communities that revolve around water, beaches and sunlight."
(@Gospelbeac_H)

Girlpool
"Ideal World"
'Before the World Was Big'
Wichita, 2015
Notes: "The uncompromising bind between Girlpool's Cleo Tucker and Harmony Tividad does more than just tether two guitars on "Ideal World"... The Philly duo continues to rely on strum patterns to create rhythm and tension in their songs. "Ideal World" is shaped by the careful back-and-forth between Tucker and Tividad's guitars that feels like the steady march of a wind-up toy." We heard another track from Girlpool on Episode160.
(@GirlPoolBand)

On An On
"It's Not Over"
'And The Wave Has Two Sides'
Roll Call, 2015
Notes: "Life is long, hard, and ultimately meaningless. Few things can effectively distract us from that fact. The two that do it best, though, are love and pop music. If you’ve been focusing too hard lately on the marching stretch of daily life’s mundane toil — [Minneapolis'] ON AN ON’s fireball-pop love declaration “It’s Not Over” will jolt you out of that slump. This song makes the dance floor sound like a white-hot paradise for two, where every moment has that cuddle-in-bed safety and giggle lacework of absolute trust. Nate Eiesland, Ryne Estwing, and Alissa Ricci have concocted a gutsy, super-synth explosion of wide-eyed ’80s nostalgia that yearns with Hall & Oates adoration. Put this in the right hands and it’ll be dominating the radio for the rest of the year." We heard On An On back on Episode157.
(@ItsOnAnOn)

Desaparecidos
"City On The Hill"
'Payola'
Epitaph, 2015
Notes: "Desaparecidos, Conor Oberst’s leftist punk band, just released Payola, their second album overall but their first in 13 years. It absolutely rules. And while it doesn’t seem that weird to see Oberst on late-night TV, it does seem slightly weird to see this version of Oberst, with the tangled hair in his face and the “Eat The Rich” shirt and the anguished post-hardcore yowl, on late-night TV. But it’s happening. Last night, Desaparecidos were musical guests on Late Night With Seth Meyers, and they bashed out the album’s rousing single “City On The Hill.” As good as the album is, it has nothing on the controlled chaos of the band’s live show, and we get a taste of that in the performance."
(@DesaBand)

Noel McKay
"Are You Still Taking Them Pills?"
'Is That So Much To Ask?'
B+N, 2015
Notes: "Noel McKay’s bio basically sounds like a country song: from Corpus Christi and the Valley to Lubbock and Austin, he’s spent most of his life experiencing all that Texas has to offer. He was even discovered by Guy Clark while playing at Kerrville Folk Festival in the early ’90s. Alongside his songwriting partner Brennen Leigh, McKay has toured the world with his blend of country, folk, and conjunto. It comes naturally to him; after all, in his recent My KUTX, he told us that his grandfather started the first country radio in South Texas."
(@McKayNoel)

Fort Lean
"Cut To The Chase"
'Quiet Day'
Ooh La La, 2015
Notes: "Fort Lean caught our attention at the beginning of this decade with singles like “Perfect” and “Beach Holiday,” but it’s only recently that they’ve finished their debut album, Quiet Day. Letting the buzz cool might be deadly for some bands, but for the Brooklyn quintet and their sweeping rock songs, it feels like a blessing... Fort Lean have only pushed that sound further on the album opener “Cut To The Chase,” a love song that expresses singer Keenan Mitchell’s tender intentions in the yearning verses, before the galloping drums and pillowy synths announce a huge, swooning chorus."
(@FortLean)

Júníus Meyvant
"Hailslide"
'Júníus Meyvant' EP
Record Records, 2015
Notes: "Don’t say you weren’t warned...that soon everyone will know the name Júníus Meyvant. The young Icelandic singer-songwriter is ready to enrapt you with his second single, the followup to his indelible debut, “Color Decay”... We can’t wait for Júníus Meyvant’s music to blow into record stores Stateside. His single for “Hailslide” will be released on his self-titled debut EP, due July 17, and can be found now on the compilation series This Is Icelandic Indie Music vol. 3, both on Record Records. A debut LP is in the works for early next year."
(@JuniusMeyvant)

Parlour Tricks
"The Storm"
BarNoneRecords, 2015
Notes: "Parlour Tricks might not necessarily be a household name just yet, but they are one of those New York bands that have managed to shine amongst the ever-growing sea of talent... Formerly known as Lily & the Parlour Tricks, the band not only used [2014] to get their music out there with the singles ‘Requiem’ and ‘Lovesongs,’ but they also took a step back to re-evaluate what they wanted to do as a band."
(@PTrixMusic)

Saun & Starr
"Gonna Make Time"
'Look Closer'
Daptone, 2015
Notes: "The musical journey of the South Bronx vocal duo Saun & Starr is long and winding, but one that always returns to the rich, harmonious soul music that led them to embark on their paths in the first place. Saundra Williams and Starr Duncan Lowe both grew up singing from a young age, first crossing paths in the 1980s in open mic circles. The duo connected intermittently until the 1990s, when they were both (coincidentally) hired for a wedding band alongside a then-unknown Sharon Jones." We heard the Daptone duo Saun & Starr back on Episode159.
(@SaunAndStarr)

Black Whales
"The Warm Parade"
'Through the Prism, Gently'
Sunless Sea, 2014
Notes: "Black Whales is a Song of the Day veteran by this point. Their moody “Vietnam” served as a proper introduction to the Seattle band while “Walking In The Dark” provided a fitting start to the darker days of winter. “The Warm Parade” continues the bands showcase of versatility within the realms of psych pop. The track may just be the perfect song for a summer cruise with the windows down." We closed out Episode010 of PUTV with Black Whales back in 2012! They're also playing the big Capitol Hill Block Party in Seattle next weekend.
(@BlackWhales)