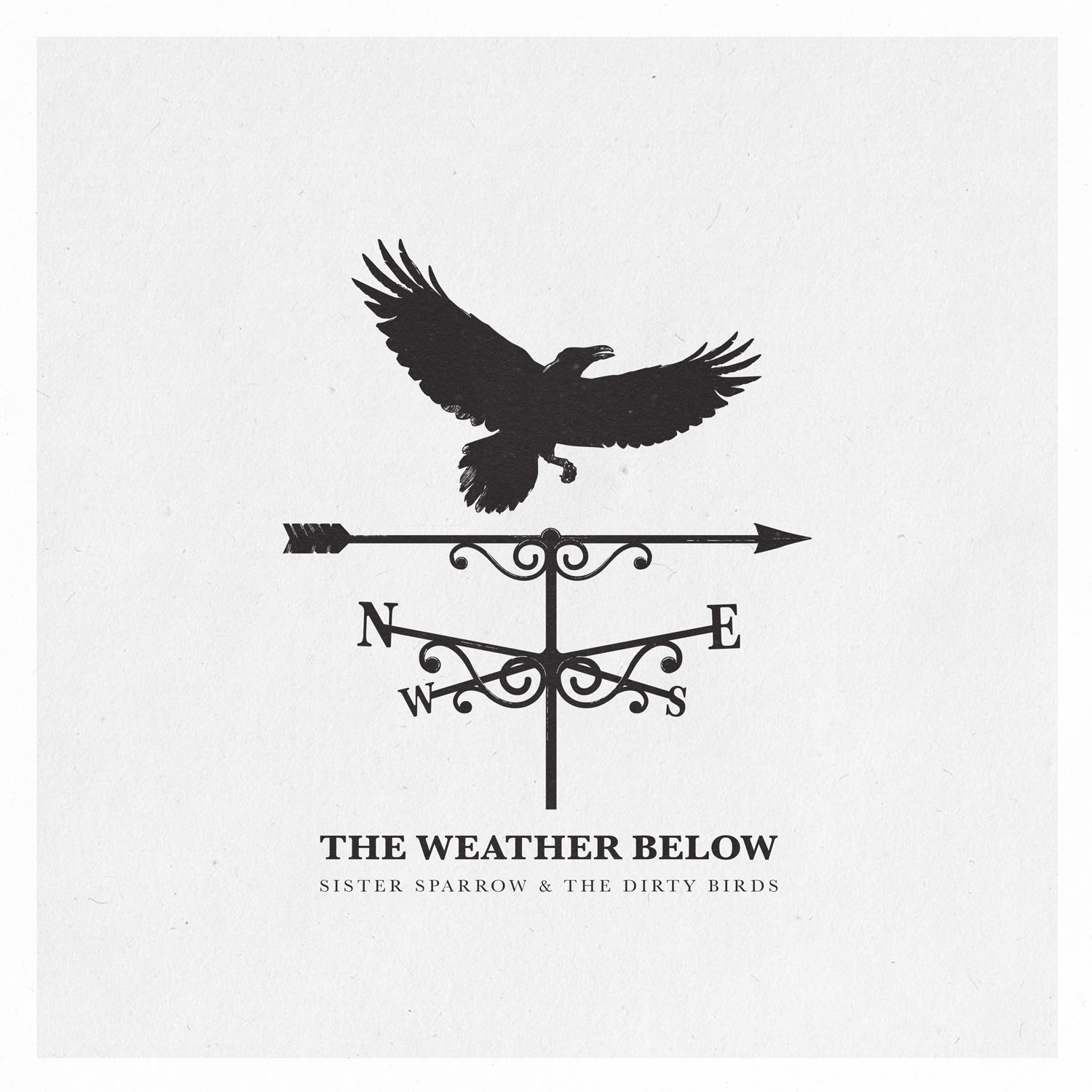 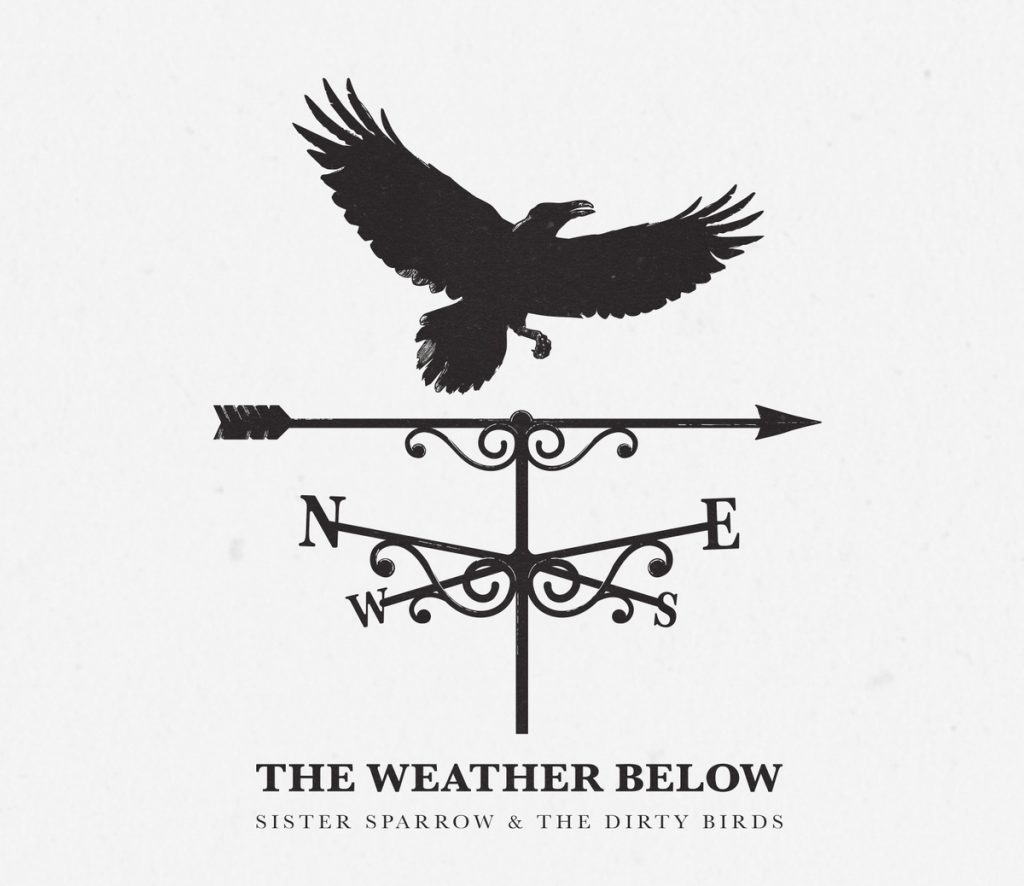 Previous: Episode171 - Get Some

The Good Life
"Everybody"
'Everybody’s Coming Down'
Saddle Creek, 2015
Notes: "Tim Kasher, longtime frontman of the Omaha band Cursive, started the Good Life as a solo side project in 2000, but it quickly became a second band. The Good Life have released four full-length albums, but the last one was Help Wanted Nights, and that came out way back in 2007. But the dormant band will reactivate later this summer, releasing the new album Everybody’s Coming Down. First single “Everybody” sounds something like a three-way combination of Superchunk, Pavement, and Pinkerton-era Weezer. That is a good thing."
(@TheGoodLifeGang)

Saintseneca
"Sleeper Hold"
'Such Things'
ANTI-, 2015
Notes: "Columbus folk-punks Saintseneca stepped up to the plate last year with Dark Arc, their fantastic sophomore album that saw them add some more members to their ranks in the form of All Dogs and Yowler mastermind Maryn Jones and the Sidekicks’ Steve Ciolek. They continue reaping the benefits of that expanded sound on “Sleeper Hold,” the first single from their upcoming third record, Such Things." Making their third appearance (I thought they were on my #BestOf2014 list though?), Saintseneca are still sounding great.
(@Saintseneca)

SOAK
"Sea Creatures"
'Before We Forgot How To Dream'
Rough Trade, 2015
Notes: "​Derry [Ireland]-born Bridie Monds-Watson is the teenage talent behind the project SOAK. Despite, or perhaps because of her youthful outlook, Before We Forgot How To Dream is an insightful look into her soulful disposition and a Narcissusian caution for the rest of us elderly sceptics."
(@SoakOfficial)

Sister Sparrow and the Dirty Birds
"Sugar"
'The Weather Below'
Party Fowl, 2015
Notes: "On Sister Sparrow & the Dirty Birds‘ new track “Sugar,” the New York City band wanted to evoke first love in a playful way. “This song shows you the lighthearted, dance-party side of who we are,” says frontwoman Arleigh Kincheloe. The track is from the band’s third studio album “The Weather Below”..." Sister Sparrow played Portland a few months ago at the Waterfront Blues Festival - and even did an intimate day show at my old job, featuring camera work by the amazing @CassieCohn!
(@SisterSparrowDB)

Ezra Furman
"Restless Year"
'Perpetual Motion People'
Bella Union, 2015
Notes: "Although his music owes a great deal to folk tradition, Ezra Furman’s pointed lyrical voice and sense of humor sets him refreshingly apart from his serious, often-bearded contemporaries. With his then-backing band The Harpoons, [Evanston, IL's] Furman [recorded four LP's and] gathered a following in North America, but it was his second solo album, 2013’s Day of the Dog, that brought him a wider audience as the album swept up a wave of critical acclaim, especially in the United Kingdom. Now performing with his new backing band The Boyfriends, this year’s Perpetual Motion People, was Furman’s first release on Bella Union and was once again met with rave reviews in the UK, as well as an increase in profile in his native North America."
(@EzraFurman)

Royal Headache
"Another World"
'High'
What's Your Rupture?, 2015
Notes: "[Sydney] Australia’s Royal Headache have one of the best albums of the year with High (we think, anyway), the stellar follow-up to their incredible self-titled debut. Borrowing notes from the Jam, Buzzcocks, Guided by Voices, and more on said debut, the new LP ventures into different territory but still maintains some of that signature sound from the first LP. Anchored by the unflappable and soulful croon of Shogun, check out the latest track from the Aussies, “Another World,”..." Making their third stop by PUTV, Royal Headache just gave us our "High" title track a few weeks ago on Episode165.
(@RoyalHeadache)

ScotDrakula
"Shazon"
'ScotDrakula'
self-released, 2015
Notes: "If ever a band were primed for a breakout year, it’s ScotDrakula. Their self-released, self-titled album has already garnered the Melbourne based outfit international acclaim, and without a label, an official website, or even much of a backstory, the mysterious punk rockers hold most of the keys to their own destiny. In other words, they’re living the DIY dream. Of course, such success is rarely won easily, and fittingly, a deeper dive into the band’s past reveals excellent material released as far back as 2011. ScotDrakula’s talent is more than a flash in the pan, and a close listen to “Shazon” reveals why." And the "Band Name of the Week Award" goes to....
(@ScotDrakula)

Silversun Pickups
"Nightlight"
'Better Nature'
New Machine, 2015
Notes: "Los Angeles twinkle-rockers Silversun Pickups have a new album called Better Nature coming out next month, and they’ve just unveiled the glamorous, elaborate video for “Nightlight,” its first single. The song is a big, gleaming guitar-churn, the sort of big studio-rock anthem that not many people make anymore. And for the video, they linked up with the veteran music-video director Mark Pellington, best-known for directing Pearl Jam’s “Jeremy” video and for the movie Arlington Road... [and don't forget INXS' "Beautiful Girl"!]"
(@SSPU)

Briana Marela
"Surrender"
'All Around Us'
Jagjaguwar, 2015
Notes: "Briana Marela is a singer-songwriter from Washington who recently joined the roster at Jagjaguwar. She studied music technology and composition before starting her career, and she recorded her forthcoming debut All Around Us in Iceland, with Sigur Rós producer Alex Somers. Sigur Rós collaborators Amiina added strings to the album. “Surrender,” the first single from her album, layers up glassy sounds in all sorts of beautiful ways, with multi-tracked vocal shivers and sighs and hiccups filling out the mix as much as any instruments."
(@BrianaMarela)

The Selecter
"Walk The Walk"
'Subculture'
DMF, 2015
Notes: "In anticipation of the stateside release of critically acclaimed album Subculture, Coventry-based 2-Tone upstarts The Selecter release their new single “Walk The Walk”... The lighter and peppier rendition leaves plenty room for the empowering chorus to shine though – “Walk the walk and talk the talk, don’t ever give up the fight”."
(@TheSelecter)

Peter Wolf Crier
"Hedgehog"
'Plum Slump'
Sneaker Rock, 2015
Notes: "Lives shifted and resettled in different locations after the release of Peter Wolf Crier's sophomore album, 2011's Garden of Arms. Drummer Brian Moen married and moved to California, and Pisano moved to Toronto with his then-girlfriend. While many things changed in his absence, Pisano says moving back [to MPLS] is a culmination of timing and a music community that fosters artistic growth. With Peter Wolf Crier's forthcoming album, Plum Slump, due August 25, he hopes to rebound from a rough couple of years."
(@PeterWolfCrier)

El Vy
"Return to the Moon (Political Song for Didi Bloome to Sing, with Crescendo)"
'Return to the Moon'
4AD, 2015
Notes: "“I keep calling this a collaboration ‘cos neither of us wants to have a second band,” explains Matt Berninger, referring to El Vy, his project with Brent Knopf, whom he met 10 years ago when The National toured with Portland art rockers Menomena. Down the phone from Los Angeles – where the first gent of melancholy alt.rock is about to have a surfing lesson – he says: “We started out together, playing empty shows and sleeping on floors. We served in the trenches together! I knew he was a prolific writer, so I said, ‘If you have any musical ideas you’re not using, send them to me’. About a month later, he’d emailed over 300 different ones.”
(@EL__VY)

Vök
"If I Was"
'Circles' EP
self-released, 2015
Notes: "2013 was a huge year for Iceland band Vök... Of course, comparisons to The xx, Fever Ray, Björk, and trip hop of any kind, are inevitable, but the young trio sounds more confident than ever on the new songs, which, broadening their appeal, are sung completely in English yet never lose any of the inventiveness we’ve come to expect from Icelandic bands overall."
(@VokMusic)

Other Lives
"Easy Way Out" (Dan Deacon remix)
'Rituals'
TBD, 2015
Notes: "Mutual admiration and a chance meeting between the Oklahoma-based band and the Baltimore-based producer lead to Dan Deacon's remix of Other's Lives' "Easy Way Out." [The album version is] on the CD Rituals... [And this looks to be a KCRW exclusive!]" Making their fourth appearance, Other Lives gave us the studio version of "Easy Way Out" back on Episode159 in May.
(@OtherLives)

Strange Wilds
"Pronoia"
'Subjective Concepts'
Sub Pop, 2015
Notes: "Although their roster has branched out in recent years, Sub Pop made their name on loud, angry guitar music from the Pacific Northwest. So it’s only fitting that hardcore Olympia punks Strange Wilds signed to the Seattle label last year, and their debut LP for Sub Pop, Subjective Concepts, is coming this summer. First single “Pronoia” toggles between a coiled-snake groove and the kind of full scream-along ferocity that makes you want to thrash around in a small, dark room with a bunch of sweaty strangers. This is noisy, heavy, grimy music, and it’s great." Strange Wilds first appeared on PUTV when they closed out Episode145 back in February 2015.
(@StrangeWilds)

This week's B-sides: Ought