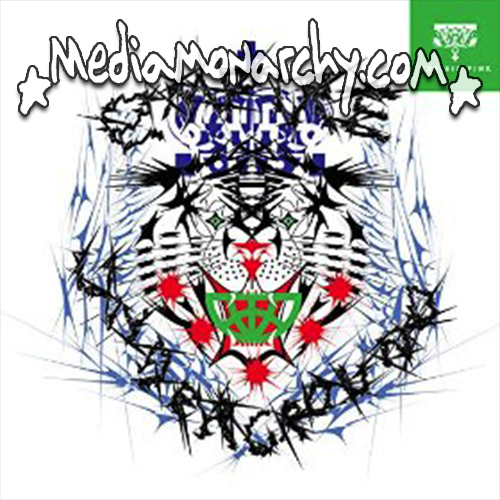 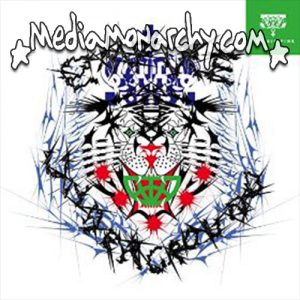 Welcome to the first PUTV for 2016! It's Episode189 - Hightimes w/brand new music by Thao and the Get Down Stay Down, The Parlor, The Big Pink, Lymbyc Systym and Radiation City...

**************
♬Liner Notes♬: Our first new PUTV for 2016 comes after our first week of daily music shows we're calling #MixlrMusic! Make sure you're subscribed to the feed (https://mediamonarchy.com/feed) so that you get all the new media coming from the monarchy, thanks. Now let's get down with some new sounds!

Thao and the Get Down Stay Down
"Nobody Dies"
'A Man Alive'
Ribbon, 2016
Notes: "Back in early 2013, Thao & The Get Down Stay Down, the giddy and experimental San Francisco indie-pop project led by Thao Nguyen, released their album We The Common. Early next year, Nguyen and company will follow that one up with A Man Alive, which tUnE-YaRdS mastermind Merrill Garbus produced. Of the new album, Nguyen says, “I wanted A Man Alive to be beat- and bass-driven—rather than guitar-based—extending and elaborating upon the hip-hop influences of the previous record. A Man Alive is more instrumental, more riff- and loop-centric, and has more manipulated sounds.” First single “Nobody Dies” is as explosive and melodically dense as you might expect, given all that." It's Thao's third time on PUTV, not counting the BestOf2013 mixtape.
(@ThaoGetStayDown)

The Parlor
"The Surgeon's Knife"
'Wahzu Wahzu'
B3nson, 2015
Notes: "Step into The Parlor, and you’ll find this New York-based act bring a DFA Records-dance groove to their homespun trance-folk sound. This husband-and-wife duo of Eric Krans and Jen O’Connor did indeed write these songs in a parlor, of their 19th century haunted farmhouse. With Mercury Rev’s Anthony Molina as producer, they’ve taken a turn from the folksy sound of previous releases, turning to artists like Michael Jackson, The Go-Go’s, and Talking Heads for inspiration. Today’s Song of the Day has been called “campfire disco.”"
(@TheParlorMusic)

The Big Pink
"Hightimes"
'Empire Underground EP'
B3SCI, 2016
Notes: "The Big Pink haven’t released anything since 2012’s Future This, but they’re returning after a three year absence with “Hightimes.” It’s the first song from the English group’s forthcoming Empire Underground EP, due out next year, with another full-length to follow some time after. The booming drums and soaring chorus featured on the track make it seem like it’s destined for some pretty big commercial placement, but it also stands up surprisingly well on its own."
(@TheBigPink)

Lymbyc Systym
"Generated Bodies"
'Split Stones'
Western Vinyl, 2015
Notes: "It’s a family affair for instrumental electro-pop duo [from Brooklyn/Phoenix] Lymbyc Systym. Siblings Jared and Michael Bell have been collaborating since their pre-teens, finally debuting with the Carved by Glaciers EP in 2006. Citing the ambient, instrumental influence of artists like Aphex Twin and Four Tet, the boys create a danceable post-rock sound with an uptempo beat. On their fourth album, Split Stones, the siblings were split indeed, with Jared living in Brooklyn, New York, and Michael in Phoenix, Arizona. But their bond proves stronger than ever as they combine their talents on this latest release..."
(@LymbycSystym)

Radiation City
"Juicy"
'Synesthetica'
Polyvinyl, 2016
Notes: "There are great perils to being in a band with your lover. Lizzy Ellison and Cameron Spies faced such perils when their relationship, and band, began falling apart in 2013. As two of the founding members of Portland, Oregon pysch-rockers Radiation City, Ellison and Spies had helped their band release two full-lengths and an EP, so splitting up didn't really feel like an option. Instead, they stuck with it, eventually overhauling their band and working with entirely new producers. The result of this makeover is their upcoming LP, Synesthetica, whose first single is "Juicy,"..." Congrats to Rad City for keeping it together and moving forward! It's only their second time on PUTV?
(@RadiationCity)