Queen of England’s Fortune Due In Part To Drug Trafficking 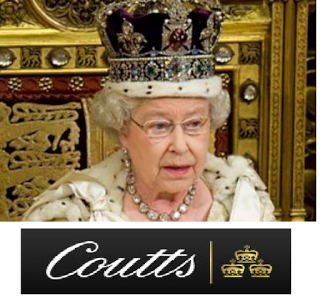 Are you really surprised Queen of England’s vast fortune may be due in part to drug trafficking? The Opium Wars force fed China an opitate addiction and profits likely made their way into royal coffers. What is truly a surprise, word of the illicit source broadcasted recently over French television! The Truth Seeker website reports on Jacques Cheminade, an independent, running to unseat incumbent President Nicolas Sarkozy, where French law requires equal exposure for candidates.  Cheminade, in a French media sponsored debate, was asked directly whether the Queen is a drug baroness, “‘No, not all her fortune,’ he replied. ‘There are many other sources, but it’s a series of trafficking operations within which, yes, there were drugs.’” In related news, “Coutts, best known as banker to The Queen, was fined 8.75 million pounds for “significant and widespread” failings in its money laundering controls, its second penalty for financial trangressions in four months,” according to website via Reuters. Money laundering is an important means of concealing illicit money by moving it through banks until source is virtually untraceable. With the world economy in near collapse, banks lean to a greater degree upon illegal sources of money. It’s business!