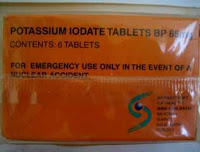 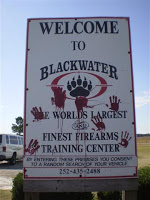 from jeremy scahill: Last week in Currituck County, N.C., Superior Court Judge Russell Duke presided over the final step in securing the first criminal conviction stemming from the deadly actions of Blackwater Worldwide, the Bush administration’s favorite mercenary company. Lest you think you missed some earth-shifting, breaking news, hold on a moment. The “criminals” in question were not the armed thugs who gunned down 17 Iraqi civilians and wounded more than 20 others in Baghdad’s Nisour Square last September. They were seven nonviolent activists who had the audacity to stage a demonstration at the gates of Blackwater’s 7,000-acre private military base in North Carolina to protest the actions of mercenaries acting with impunity – and apparent immunity – in their names and those of every American. related: showdown in blackwater’s backyard

did the central banks make off with the gold?

from truthnews: As Jerome R. Corsi revealed on the Alex Jones radio show today, U.S. central banks may have less than half the gold they claim to possess in their vaults, according to watchdog group that will publish an ad in the Wall Street Journal later this week. “As WND reported, the Gold Anti-Trust Action Committee, or GATA, claims the Federal Reserve and the U.S. Treasury are surreptitiously manipulating the country’s gold reserves by participating in undisclosed leases, according to an advance copy WND obtained of the ad running in Thursday’s edition of the Journal,” writes Corsi. “GATA believes much of the borrowed gold out on lease will never be returned to the central banks.”

an almost ‘gannon moment‘ between bush & frank?
from story: During a staid, post-State of the Union discussion of the nation’s fiscal policy, something caught Brit Hume’s eye. The Fox News anchor interrupted commentator Nina Easton to highlight an embrace between President Bush and Rep. Barney Frank (D-MA), Chairman of the House Financial Services Committee. Frank is also an openly gay Member of Congress.

“Hold on a second, what we just saw there was an interesting moment, a moment of friendship and almost affection between the president and none other than Barney Frank… Who I think it’s fair to say is one of the most liberal Members of Congress, also one of the smartest guys up there, but, uh…”

Easton cut him off to point out how closely Frank has worked with the administration on fiscal policy. This video is from Fox News, broadcast January 28, 2008.