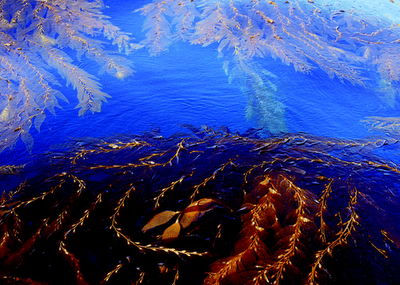 from latimes.com: Radioactive particles released in the nuclear reactor meltdown in Fukushima, Japan, following the March 2011 earthquake and tsunami were detected in giant kelp along the California coast, according to a recently published study. Radioactive iodine was found in samples collected from beds of kelp in locations along the coast from Laguna Beach to as far north as Santa Cruz about a month after the explosion, according to the study by two marine biologists at Cal State Long Beach. The levels, while most likely not harmful to humans, were significantly higher than measurements prior to the explosion and comparable to those found in British Columbia, Canada, and northern Washington state following the Chernobyl disaster in 1986, according to the study published in March in the journal Environmental Science & Technology.