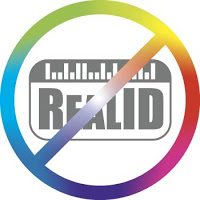 from no quarter: Montana governor Brian Schweitzer - who, by the way, speaks fluent Arabic from his years in Saudi Arabia as an irrigation developer - “declared independence Friday from federal identification rules [”Real ID”] and called on governors of 17 other states to join him in forcing a showdown with the federal government which says it will not accept the driver’s licenses of rebel states’ citizens starting May 11.”

from ap: Israel launched an advanced spy satellite Monday that will be able to track events in Iran, the country it considers its top foe... The TECSAR satellite is of particular importance for Israel because it can be used to keep tabs on Iran's nuclear program, which the U.S. and Israel fear is a cover for pursuing nuclear weapons, they said.
update: israel says satellite delay was iran's fault
from jerusalem post: The successful launch on Monday of an advanced Israeli satellite was delayed in recent months by Iranian sabotage, The Jerusalem Post has learned from Western sources.

from afp: The icy Swiss mountains are to host the world's business and political elite this week for their annual gathering in Davos, where the cooling temperature of the world economy is set to focus minds... Started in 1971 and known as the World Economic Forum, the gathering provides a unique opportunity to gauge the mood and preoccupations of some of the world's most powerful people. 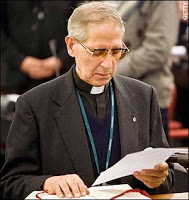 from telegraph: A little-known Spanish priest, who has spent his entire life in Asia among the poor, has been elected to lead the Jesuits, the Catholic Church’s largest religious order. Father Adolfo Nicolás was chosen by 217 electors as the new "Black Pope". The nickname derives from the power and influence he will wield, as well as from the simple black garments he will wear.

from silicon alley insider: The world's biggest retailer is pulling Conde Nast's pub, and more than 1,000 other mags, off its shelves. Some of these are small fry mags you've never heard of, but there are some big mass market titles here as well - notably the big three business mags: Forbes, Fortune, BusinessWeek... make no mistake - this is a disaster for the magazine world, which depends on Wal-Mart for an estimated 20% of retail sales.