ron paul ‘money bomb’ raised over $4m in one day

hmm, those spambots must have bank accounts… 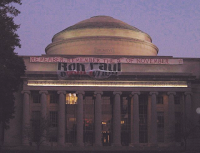 from ny times: On Monday, a group of Paul supporters helped raised more than $4.07 million in one day – approaching what the campaign raised in the entire last quarter – through a Web site called ThisNovember5th, a reference to the day the British commemorate the thwarted bombing.

Many fans of Mr. Paul know of the day primarily through a movie based on the futuristic graphic novel “V for Vendetta,” by Alan Moore and David Lloyd, in which a terrorist modeled after Fawkes battles a fascist government that has taken over Britain.

The Paul campaign has raised more than $6.84 million in the first five weeks of this quarter, more than the $5 million it raised from July 1 to Oct. 1…

ron paul’s record online haul
from washington post: Today, Nov. 5, marks not only Paul’s best fundraising haul in a single day – approximately $3.75 million by 11 p.m. EST – but online observers say it’s also the most money raised by a candidate on the Web in a single day. And the day’s not over yet. “Damn. Wow. Um, that’s pretty awesome,” said a stunned Jerome Armstrong who served as Howard Dean’s online strategist. Armstrong, the founder of the popular blog MyDD, said Dean raised as much as $700,000 in one day toward the end of the primary race. “But not a million,” Armstrong added. “What Paul is doing – or what his supporters are doing – is really impressive.” You can view all the fundraising data here.

and here’s a ton lot more thanks to ginny @ oregon truth alliance: