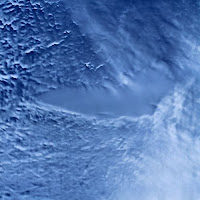 "Lake Vostok an excellent Earth-bound staging-experiement for Europa, a moon of Jupiter believed to have ice-crusted oceans. Scientists believe Europa's ocean, which is warmed by gravitational forces, could be one of the best places in the Solar System to look for life."

The question remains whether there was a discovery?   The statement provided previously by Bulat casts some doubt on Korolyov's advice below:

"Preliminary analysis of water samples collected from the lake revealed a species of bacteria not belonging to any known subkingdoms. 'We call it unidentified and 'unclassified' life,'  the team's leader, Sergei Bulat of the St. Petersburg Nuclear Physics Institute, told Russian news agency RIA Novosti. The bacteria's DNA wasrep[orted to be  less than 86% similar to known
bacterial DNA, indicating that it was a new species, Bulat said."