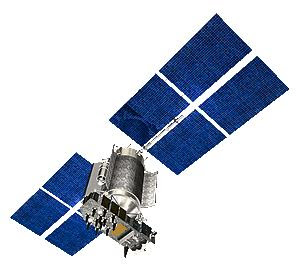 Russia Will Spend $3.8B on Space Program

Russia will spend approx. $3.8B dollars on its space program to increase its share in the global space market. There are plans to launch 50 spacecraft in 2011. Russia wants, also, to complete its version of GPS, the GLONASS navigation system. The Russian navigation satellite system was to be completed last year, but a December launch crashed into the Pacific north of Hawaii and resulted in the loss of three satellites. August is the target date to launch another three satellites to complete the system, according to Russia's space agency, Roscosmos. Russians felt they needed their own system, because Americans could switch off GPS, at any time! Russia has ironically failed not only to complete its navigation system, but will not have the readers to receive the signals, and possibly, will be purchasing equipment made in China! Glonass research began in 1976 and interrupted by the fall of the Soviet Union. Vladimir Putin vowed to place a Glonass reader in every car by 2012, as a demonstration of renewed Russian technological might. Analysts observe that Glonass will enable Russia to target its missiles and weapons from space, something other countries have done for years!