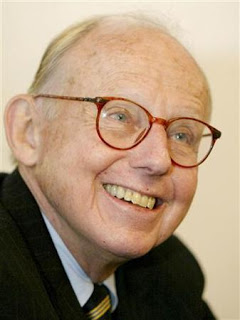 from reuters: Political scientist Samuel Huntington, whose controversial book "The Clash of Civilizations" predicted conflict between the West and the Islamic world, has died at age 81, Harvard University said on Saturday. Huntington, who taught for 58 years at Harvard before retiring in 2007, died Wednesday at a nursing facility in Martha's Vineyard, Massachusetts, the university said on its website.

In his 1996 "The Clash of Civilizations and the Remaking of World Order," which expanded on his 1993 article in Foreign Affairs magazine, Huntington divided the world into rival civilizations based mainly on religious traditions such as Christianity, Islam, Hinduism and Confucianism and said competition and conflict among them was inevitable.

His focus on religion rather than ideology as a source of conflict in the post-Cold War world triggered broad debate about relations between the Western and Islamic worlds, especially in the aftermath of the September 11, 2001, attacks on the United States. 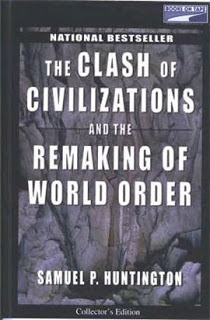 Despite criticism his thesis was simplistic or in the words of Middle East scholar Edward Said promoted the idea of "West versus the rest," Huntington told Islamica magazine in 2007, "My argument remains that cultural identities, antagonisms and affiliations will not only play a role, but play a major role in relations between states."

Huntington's 2004 book, "Who Are We? The Challenges to America's National Identity," also sparked heated debate by arguing the massive influx of Mexican immigrants to the United States threatened traditional American identity and national unity.

"People all over the world studied and debated his ideas," friend and Harvard professor emeritus Henry Rosovsky wrote on the Harvard website. "I believe that he was clearly one of the most influential political scientists of the last 50 years."

Huntington, who wrote, co-wrote or edited 17 books, served in the White House in 1977 and 1978 under President Jimmy Carter as coordinator for security planning for the National Security Council.