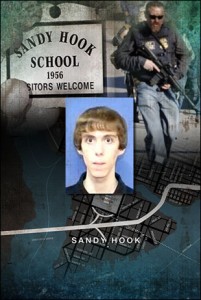 An insanemedia.com article probes reasons people can’t entertain the obvious problems with Sandy Hook Elementary School Massacre?  The author kindly ruminates how can this be with blatant errors in Sandy Hook story – often referred to as a hoax –  in writing, “Sandy Hook: Talk about Conspiracy!”  An important subject usually labeled denial, since reactions reveal a conditioning of the mind. The writer attributes reasons primarily to levels of awareness typified by three types: 1) The Door Slammer – whose attitude amounts to “don’t even go there,”  2) The Gatekeeper – a mythbuster, where clandestine affairs never take place in their world and 3) The Fence Sitter – listens and discusses, but then rationalizes as much as possible.  These seem recognizable types, and possibly, a certain level of emotional openness roughly corresponds to these levels of awareness.  However, psychological conditioning seems overlooked.   A person, who’s highly invested in present system, may be unable to entertain horror of any truth that runs counter to their concept of the world?  Would it be too much of a psychological blow?  The writer explores reactions of an old school friend, and then, relates story of what it took to break one person out of their former mental frame of reference:

“I am acquainted with a man, a regular Joe, who was online searching for information about 9/11 to better be able to explain it to his kids. During his search he came across one of the many documentaries produced on the subject. He didn’t say which one, but it was critical of the official story. He told me that after watching it he felt like he’d been ‘punched in the gut’. He did not go mad. He did not go on a rampage. He carries on with his life as before but with an enhanced awareness of the world we are living in, an awareness he would not give back for anything. He also got involved with local politics and sees to it that his voice and opinions are heard.”

The man seems grateful, afterwards, but it’s not a pleasant awakening to a formerly ignored reality!


A consolation, is offered in article, as writer consoles himself with following sentiment: “There exists the possibility that any one of these folks [The Slammer, The Gatekeeper or the Fence Sitter] at any time, might see or hear something that will set off an alarm in their psyche. Something that will peel back the layer of residue left over from the cradle to grave mind washing we endure on this planet. For that we must have hope and gratitude.”

Sandy Hook as a gun-control psyop was omitted, but remains highly important to point out!  Sandy Hook provided a huge push for banning AR-15 type weapons.   It appears, government doesn’t want one of few weapons that could equalize fight with regular armed forces in people’s hands?  This occurs as Department of Homeland Security amasses huge cache of bullets.  The present writer encounters apparently “reasonable people” who don’t see need for semi-automatics in private citizens’ hands as they ignore militarization of the country’s police!

The article concludes with sharing disquieting reality of a fully awake human being among a slumbering humanity:

“With regard to Sandy Hook, it occurs to me that people who refuse to look at the evidence that suggests a media hoax are put into the position of essentially saying, ‘I prefer to believe that 26 people, including 20 children, were massacred on December 14, 2012 because it would be more difficult for me to accept the fact that the media and government engage in falsehoods.’ And they call us delusional!”

An even more frightening prospect, will be, when our fellow humanity agrees to disarm under government pressure, while that same government equips itself for conflict!