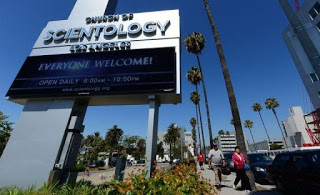 from reuters.com: "The church plans to establish a central media hub for our growing world network of churches and to move into the production of religious television and radio broadcasting," said Karin Pouw, a spokeswoman for Church of Scientology International, in an email. The Church of Scientology, the religion whose followers include actors Tom Cruise and John Travolta, plans to start a religious broadcasting center to promote its teachings over TV, radio and the Internet. The center, located near the church's West Coast headquarters in Hollywood, would occupy the nearly five-acre studio property the church bought last year from Los Angeles public TV station KCET for $42 million. The station would elevate the public profile of a religion that has mostly relied on pamphlets and books by its founder, L. Ron Hubbard, to proselytize for new members.