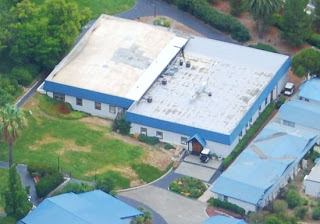 from villagevoice.com: This weekend, we published a two-part story about the rather amazing 32-year Scientology career of John Brousseau, whose adventures included driving for L. Ron Hubbard, spending time in the Sea Org's prison program the RPF, and working in the Cruise household with Tom and Katie Holmes. What seemed to generate the most comments, however, was Brousseau's involvement in the creation of Scientology's notorious office-prison for its top executives, variably known as "CMO Int," the "A to E Room," the "SP Hole," and simply "The Hole."

Harrowing accounts of what occurred in The Hole turned up in a 2009 investigation by Joe Childs and Tom Tobin of the Tampa Bay Times, in Marc Headley's 2009 book Blown for Good, and in Janet Reitman's 2011 history of the church, Inside Scientology. Then, this year, we heard from two additional sources about conditions in The Hole -- Debbie Cook's dramatic court testimony this February in San Antonio, and Mike Rinder's Voice video interview in March. (At Cook's hearing in February, the church put out a statement denying that The Hole exists. But the attorney who uttered that denial was not, as Cook, under oath in a court of law. He's also outnumbered by numerous former Scientologists who have spoken about the church's concentration camp with utter consistency.) Rinder estimates that he spent a total of about two years in the Hole -- first in 2004 as it was beginning, and then later in 2006-2007 Debbie Cook was in for only 7 weeks in 2007, but her experience was brutal. She testified that Miscavige had two hulking guards climb into her office through a window as she was talking to him on the phone. "Goodbye" he told her as she was hauled off to the gulag. Like Rinder, she described a place where dozens of men and women were confined to what had been a set of offices. Cook testified that the place was ant-infested, and during one two-week stretch in the summer with temperatures over 100 degrees, Miscavige had the air conditioning turned off as punishment. Food was brought up in a vat riding on a golf cart. Cook described it as a barely edible "slop" that was fed to them morning, noon, and night. Longtime residents of the Hole began to look gaunt. They had to find places on the floor or on desks to sleep at night. Rinder said there were so many of them they slept only inches from each other, and having to get up in the middle of the night was a nightmare of stepping over sleeping figures in the dark.