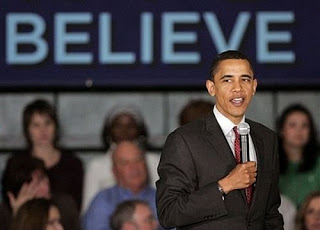 obama’s use of hidden hypnosis techniques in his speeches

from brutally honest: THE EVIDENCE IS HERE: This document contains over 60 pages of evidence and analysis proving Barack Obama’s use of a little-known and highly deceptive and manipulative form of “hack” hypnosis on millions of unaware Americans, and reveals what only a few psychologists and hypnosis/NLP experts know.

Please pass along your newly acquired knowledge and ensure that as many people as possible are exposed to it over the next two weeks. And in the interim, remember that Barack Obama has booked prime time air time on all major networks the week before the election. A thirty minute block of prime time TV on the 26th of October. (Costing hundreds of millions) Presumably for his seal the deal last pitch to the American voters. Absent the influences and distractions of either his opposition or the mainstream media at large, Obama intends to make his pitch to the people. In other words, Barack Obama intends to have a private "mono y mono" moment with as many Americans as he can snare into watching his last big performance before the election. 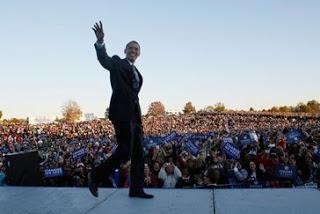 from globe & mail: Sounding presidential, Senator Barack Obama said Wednesday he would order a surge of U.S. troops – perhaps 15,000 or more – to Afghanistan as soon as he reached the White House. “We're confronting an urgent crisis in Afghanistan,” Mr. Obama, the Democratic contender and now clear front-runner to replace George W. Bush, said Wednesday. “It's time to heed the call … for more troops. That's why I'd send at least two or three additional brigades to Afghanistan,” he said in his most hawkish promise to date. A U.S. army brigade includes about 5,000 soldiers along with tanks, armoured personnel carriers and helicopter gunships. Seeking to deflect attacks that he is dangerously inexperienced in foreign policy, Mr. Obama huddled with a high-profile panel of experts before a news conference aimed at showcasing his command of global affairs. “The terrorists who attacked us on 9/11 are still at large and plotting,” he said, echoing Mr. Bush's oft-repeated refrain. 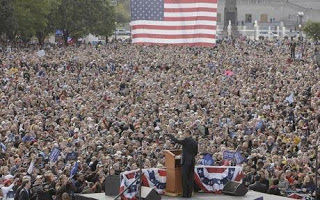 from telegraph: Law enforcement officials say the intense public interest and historic nature of the vote could lead to violent outbreaks if people are unhappy with the results, encounter problems casting their ballots or suspect voting irregularities. Police departments say they cannot rule out disorder and are mobilising extra forces and putting SWAT teams on standby. In Oakland, near San Francisco, police will have tactical squads, SWAT teams and officers trained in riot control on standby. "We always try to prepare for the worst," said Oakland police department spokesman Jeff Thomason. "This election is going to mark in history a change in the presidency: you're going to have a woman in the presidency or an African American as president. I think everybody around here is voting for Obama, so if he gets in the White House everybody's going to be happy... But we'll have our SWAT teams on standby and traffic teams here, so if something goes off we'll organise and take care of the problem."

missouri vandals kick, stomp & steal obama signs
from raw replay: A Missouri man installed video cameras after having several Obama signs stolen from his yard. Fox 4 reported: “[Mike] Brown felt so strongly about putting Sen. Barack Obama in the White House, he added Obama-Biden political signs to his front yard. ‘I’m just a guy who has a sign in his yard, and this is the first election that I have ever felt was important enough for me to voice my opinion in the form of a yard sign,’ said Brown. But, when his first two signs were stolen, he pulled out a surveillance camera to watch over his front yard. That’s when he caught a woman getting out of a truck and kicking and stomping the Obama sign.” This video is from ABCNews.com, broadcast October 24, 2008.

(and in seemingly unrelated-what the fuck is going on in missouri?-news: missouri students create ‘hit a jew’ day) 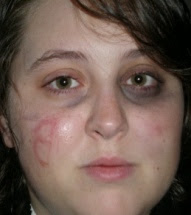 from rawstory: A spokesman for the McCain campaign gave reporters an inflammatory version of Thursday's hoax story about a McCain volunteer being attacked by a man who carved a "B" into her face, Pittsburgh's KDKA reported. Long before any facts about the Ashley Todd case had been established, McCain's Pennsylvania campaign communications director told reporters the alleged attacker had told the woman, "You're with the McCain campaign? I'm going to teach you a lesson." The Drudge Report featured a teased story about the incident before any details about it were released. That caused KDKA reporters to contact the spokesman, confirmed as Peter Feldman.

ron paul: republican brand ‘in big trouble’
from raw replay: CNN’s John Roberts talked to Ron Paul about what will happen to the Republican brand if they lose the presidential election. This video is from CNN’s American Morning, broadcast October 23, 2008.

bloomberg cleared to run for a 3rd term

from thinkprogress: The New York City Council voted today to extend term limits so that Mayor Michael Bloomberg can run for a third term next year. The council’s vote of 29 to 22 undoes the result of two voter referendums that had imposed a limit of two four-year terms for the Mayor’s office. Here’s Bloomberg’s statement on the vote:

Today, the majority of the City Council decided to give the people of New York a fuller choice in the November 2009 election. I believe that was the right choice, and I want to thank Speaker Quinn for her leadership. Those of us who work on both sides of City Hall must now move forward with the important decisions that face us, particularly finding ways to soften the fallout from the economic downturn and balancing our budget as revenues decline. We have a lot of work to do together to get New York through these tough times.

The New York Times reports that after Public Advocate Betsy Gotbaum announced the final result, the balcony in the Council chamber “erupted in shouts of ‘The city’s for sale!’ and ‘Shame on you!’”