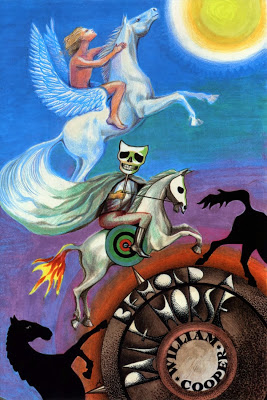 Dean Henderson takes on “Silent Weapons For Quiet Wars”, a document that remains significant and underappreciated. It represents, perhaps, most important info the late William Cooper shared in his book, “Behold A Pale Horse.” First, Henderson provides name of group, he suspects described in a comment by the Kuwaiti ambassador at the time:

“In 1980 Iraq invaded Iran. That same year Kuwait’s Ambassador to the United Nations shed light on the forces which had used Brzezinski to goad Hussein into his attempt to partition Iran’s oilfields. He informed the UN General Assembly of, ‘ cabal which controls and manipulates and exploits the rest of humanity by controlling the money and wealth of the world’. The cabal which Kuwait’s UN Ambassador was referring to controls the JASON Society which, according to author William Cooper’s book Behold a Pale Horse, emerged from a 1952 alliance between Europe’s Black Nobility, the Illuminati and the Vatican. The JASON Society is also known as The Order of the Quest – the exact name of the Afghan Roshaniya ‘all-seeing ones’. The power structure for JASON is recruited from Skull & Bones, Scroll & Key, Britain’s Group of Oxford, and the German Thule Society. JASON has close ties to the Trilateral Commission and the CFR. Its name comes from the story of Jason and the Golden Fleece, which denotes a search for truth.”


Henderson describes origins of JASON Group and the document:

“JASON, through the Black Nobility, serves the Bilderberger Group, whose Policy Committee, at its first known meeting in 1954, endorsed a JASON document titled Silent Weapons for Quiet Wars. Research for the document was done at the Rockefeller Foundation’s Harvard Economic Research Project.”

“…it was agreed that a nation or world of people who will not use their intelligence are no better than animals… Such people are beasts of burden and steaks on the table by choice and consent…consequently…it was decided to privately wage a quiet war…shifting the natural and social energy of the undisciplined and irresponsible many into the hands of the self-disciplined, responsible and worthy few…In order to achieve a totally predictable economy, the low-class elements of the society must be brought under total control, i.e., must be housebroken, trained and assigned a yoke…”

Henderson quotes Cooper, again, on means used to execute elite plan behind their silent war on humanity. The weapons are obviously our food, poison sprayed in our air and toxins in the water, in other words, soft kill biological warfare described by Cooper:

“This publication marks the 25th anniversary of the Third World War, called the ‘Quiet War’, being conducted using subjective biological warfare…implying extensive objectives of social control and destruction of human life, i.e., slavery and genocide…dominance revolved around the subject of energy sciences……bookkeeping can be made king if the public can be kept ignorant of the methodology…”

Our only value to the elite represented by what we can provide their bottom line. It’s totally sick and insane! The perps are undisciplined piggish, degenerate pedophiles in need of replacement! Are things making more sense to you, now?