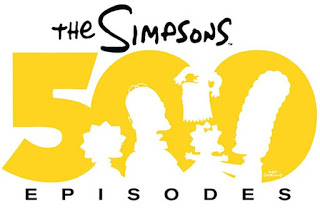 from afp: The Simpsons, the long-running US television animated comedy show, reached its landmark 500th episode Sunday, with an appearance from controversial WikiLeaks founder Julian Assange. America’s most famous dysfunctional cartoon family have played out their lives before a worldwide audience for over two decades since the distinctive yellow characters Homer, Maggie and children Bart, Lisa and baby Maggie first burst onto American TV in 1989. The series has become the longest-running comedy in US television history and in its 23rd season is currently the longest-running primetime scripted show. In the 500th show, Homer and Marge discover Springfield residents are holding a secret meeting to kick them out of town, for all the trouble they’ve caused over the years. After being sent into exile, the Simpsons arrange to meet with Assange in a bid to clear their names. The show’s executive producer Al Jean acknowledged last month that Assange, who leaked massive amounts of sensitive diplomatic and military documents, was a controversial figure.
Video: Alison Krauss’ version of ‘The Simpsons’ theme