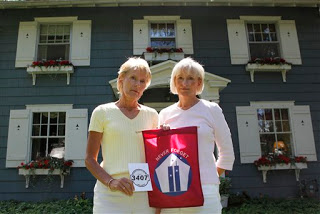 from ap: None of the Eckert sisters ever envisioned walking the halls of Congress, advocating to right wrongs to protect the country from tragedy. Not Beverly Eckert, a Stamford, Conn., insurance executive before she lost her husband of 21 years on Sept. 11, 2001. Not Karen Eckert or Susan Bourque, her sisters back home in Buffalo, before Beverly's death in a plane crash earlier this year. Yet it's the path all would take, that of reluctant but determined advocate: First Beverly as one of the most visible faces pushing to fix problems exposed by the terror attacks that killed nearly 3,000 people. Now her sisters, taking on aviation safety following the Feb. 12 crash of Beverly's plane, Continental Connection Flight 3407, near Buffalo. She and 49 others died. "I didn't want anybody thinking, oh, there's this professional advocacy family stepping forward again, they're rabble-rousers," Karen Eckert said, describing her initial reluctance. "Or have people think we're using (Beverly)," Bourque added. Yet after Beverly's death they found themselves, like she had, in a position to be effective advocates, unburdened at home by the demands of young children and with enough knowledge and passion to drive them through their grief toward action.