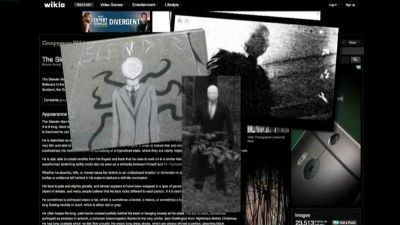 from hollywoodlife.com: Morgan Geyser and Anissa Weier, both 12 years old, are being charged as adults after attempting to the kill their friend during a weekend sleepover. The two girls later told police they stabbed their friend 19 times and left her to die in the woods so that they could join the “cult” of Slender Man. The paranormal figure started off as an online meme in 2009, but was later given a creepy background and turned into a scary story for kids to read online.