Some Thoughts on Losing the Internet

What online activists should do to prepare for worst-case scenario 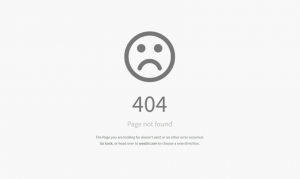 from corbett report Yesterday morning my worst nightmare was realized: I turned on my computer, opened my internet browser and...nothing happened. Then, after an excruciatingly long time in which nothing stubbornly continued to happen, something bad happened: an error message popped up to tell me that the connection to the server at corbettreport.com could not be found. In the two years I've been running the site I've never been unable to connect to the server before. Thinking it may have been a server problem with my web host, I tried to check YouTube. And my email. I was so desperate I even tried CNN. But each time the same error taunted me: server not found. My internet connection was down.

Was this a problem with my modem? My internet provider? Was the internet down in my part of Japan? The whole country? Ironically enough, my first reaction in such a situation is generally to check the internet for answers, but what do you do when you don't have the internet? Well, given that it was 6:00 A.M. there wasn't much that I could do. And even if it had been regular business hours, as an English speaker in Japan it's not quite as simple as just phoning up your ISP. There's a special English help line the number for which I would have had to look up (you guessed it) online.

All at once the prospect of a day without the internet spread out before me in all its horror: No emailing anyone to set up interviews for my podcast. No interviews for that matter (I conduct them by Skype and record them to my hard drive). No checking the news...the real news, I mean, not the corporate pabulum that is spoonfed to the masses via TV. It was a good thing I already had my mp3 player loaded up with podcasts, otherwise I would have had to resort to...what? Staring blankly out the window of the train on the way to work like my fellow passengers? Well, no, I could have brought a book, but I suddenly realized why so many people complain about their commute rather than look forward to it as the highlight of their working day. Personally, I'd much rather listen to MediaMonarchy.com than sit at my desk pretending to look busy.

Of course, if anyone is aware of just how important the internet is or just how much is at stake if we were to lose it, it's me. Having produced video after video and article after article and podcast episode after podcast episode on the subject, I understand that the powers that be are threatened by this technology and desperately want an excuse to start clamping down on it (as they already have done in country after country). That's why it's vital that people oppose legislation that threatens their online freedoms, or even—as in the case of the recently re-introduced Rockefeller-sponsored cybersecurity bill—gives the White House the power to shut down the internet. 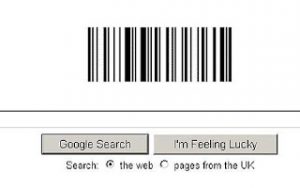 But still, knowing something intellectually and actually experiencing it are two different things. In the end, it turns out the entire incident was the result of a billing mistake that was quickly resolved, but it has nonetheless brought many of the issues around internet freedom and activism into sharp focus for me. We cannot take the internet for granted and we all have to prepare for the possibility that it might not be here tomorrow. To that end, I offer this list of simple steps every activist can take in the event that our main form of communication is suddenly severed, for whatever reason.

Save all files locally: This may seem like an obvious idea, but it bears repeating, especially as we move into an era of "cloud computing." If you need a copy of a document that you've created, you should never assume you'll always have access to it through the internet...even on your own website. Save a copy on your hard drive, external drive, CD, DVD or somewhere where you will always have access to it.

Download all important infomation: When you see an important news story, download an html copy to your hard drive. This is very easy to do in any internet browser and only takes a few seconds, but it insures that important information cannot be permanently flushed down the memory hole. Also, if you see a good video, don't just passively enjoy it and don't bank on its being available the next time you click on it (especially given YouTube's propensity for taking down politically-sensitive material these days). Visit websites like Keepvid.com or use Firefox extensions like Download Helper to make sure you can store a copy on your hard drive. Also, never use email as a way of storing contacts, phone numbers, and other important information...as I have until now.

Build up your offline network. As great as the internet is, it is only a tool for connecting people. If you spend as much time building up contacts offline as you do online (even just swapping phone numbers with important contacts) then you can help to mitigate the effect of an internet outage. Besides, your mother was right: it's a beautiful day outside and sometimes you just need to take a break and get some fresh air.