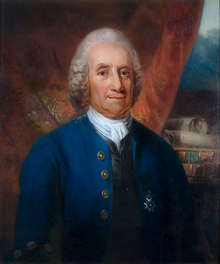 Splendors Of The Spirit – Swedenborg’s Quest For Insight

Christian Mystic, Emmanuel Swedenborg, a scientist and inventor for much of his life, turned to spiritual matters in earnest later. "In 1741, at the age of 53, he [Swedenborg] entered into a spiritual phase in which he began to experience dreams and visions, beginning on Easter weekend of April 6, 1744. This culminated in a 'spiritual awakening', in which he received revelation that he was appointed by the Lord to write a heavenly New Church Doctrine to reform Christianity. According to the New Church Doctrine the Lord had opened Swedenborg's spiritual eyes, so that from then on he could freely visit heaven and hell, and talk with angels, demons and other spirits; and that the Last Judgement had already occurred, in 1757, although this was only visible in the spiritual world, where he had witnessed it...For the remaining 28 years of his life, Sweden- borg wrote 18 published theological works...," according to Wikipedia. Swedenborg greatly influenced European culture and his New Church doctrine still has active denominations. You will be familiar with Swedenborg after an hour of viewing,"Splendors Of The Spirit - Swedenborg's Quest For Insight."