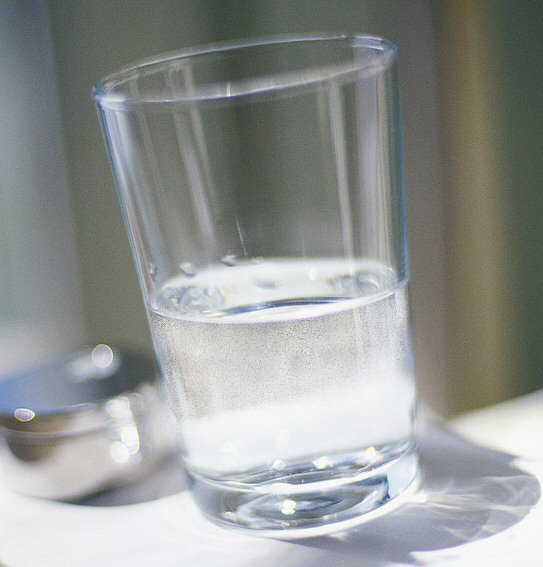 Tennessee official: Water complaints could be considered ‘act of terrorism’

from usatoday.com: A Tennessee Department of Environment and Conservation deputy director warned a group of Maury County residents that unfounded complaints about water quality could be considered an "act of terrorism." (See video below)


"We
take water quality very seriously. Very, very seriously," said Sherwin
Smith, deputy director of TDEC's Division of Water Resources, according
to audio recorded by attendees. "But you need to make sure that when you
make water quality complaints you have a basis, because federally, if
there's no water quality issues, that can be considered under Homeland
Security an act of terrorism."

"Can you say that again, please?" an audience member can be heard asking on the audio.
Smith went on in the recording to repeat the claim almost verbatim.


The
audio was recorded May 29 by Statewide Organizing for Community
eMpowerment, a Smyrna-based civic action group that had been working
with Maury County residents to tackle water quality complaints in Mount
Pleasant. Residents there have complained to the state for months,
saying some children had become ill drinking the water. The meeting was
organized by State Rep. Sheila Butt, R-Columbia, and attended by
residents, TDEC and local officials.


TDEC said it was looking into what had been said at the meeting and that Smith would not be available for comment.

“In terms of the comments made by a member of the Water Resources
Division at the meeting, we are just receiving the information and
looking into this on our end,” spokeswoman Meg Lockhart said.

"The
department would like to fully assess what was said in the meeting. I am
told that the meeting was far longer than the audio clip provided by
SOCM and that Mr. Smith actually clarified his remarks. But again, we
are looking into it.”

The comment shocked and outraged attendees,
who saw it as an attempt to silence complaints, said Brad Wright,
organizer for SOCM in Middle Tennessee.

“I think it’s just to quash us complicating life for them,” he said.

Joycelene
Johns, 68, has lived in Mount Pleasant off and on for about 30 years
and has put up with cloudy, odd-tasting water for years.

But she said Smith’s comments had been harder to stomach than her drinking water.

“I
was sitting there with my mouth open,” she said. “I couldn’t believe he
was saying that.” The message she took away was: “Leave us alone. Don’t
come back anymore. We’re not going to continue on dealing with whatever
problem you may have.”

Rep. Butt, who organized the meeting, also was shocked.

“I
think that we need to be very careful with how we use the words
‘terrorist’ and ‘terrorism,’ ” she said. “I thought it was out of
context. That did not apply to anything that we were discussing at the
meeting.”

Butt said the water issue had been marred by
“communication breakdowns” by both sides, which wouldn’t be made easier
with such inflammatory comments being made.