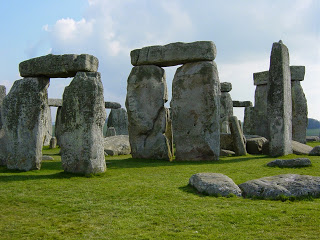 from archaeology.org: SALISBURY PLAIN, ENGLAND—Could the massive standing stones of Stonehenge also have made sounds? The New York Times reports that a team of researchers from London’s Royal College of Art hypothesizes that some of the dolmens make a loud, clanging noise when struck, producing a high–pitched sound similar to a large bell being rung. The stones’ sonorous qualities may be a result of the presence of magnesium and iron in the rocks. The study’s authors believe that the ancient inhabitants of the Salisbury Plain may have been aware of these properties, and chosen specific types of rocks to construct Stonehenge, some of which had to brought from as much as 200 miles away, a monumental undertaking four millennia ago.