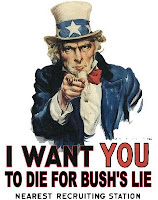 from thinkprogress: The Army Times reports that the Pentagon “has announced a new get-tough policy with colleges and universities that interfere with the work of military recruiters and Reserve Officer Training Corps programs... Under rules that will take effect April 28, defense officials said they want the exact same access to student directories that is provided to all other prospective employers." 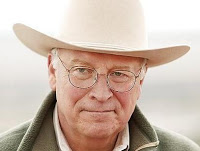 from danger room: Vice President Dick Cheney opposed the signing ratification of a treaty banning the use chemical weapons, a recently unearthed letter shows. 183 countries pledged never to "develop, produce, otherwise acquire, stockpile or retain chemical weapons, or transfer, directly or indirectly, chemical weapons to anyone" under the Chemical Weapons Convention, put into effect in 1997.

from ap: The Pentagon on Tuesday made public a now-defunct legal memo that approved the use of harsh interrogation techniques against terror suspects, saying that President Bush's wartime authority trumps any international ban on torture... "Our previous opinions make clear that customary international law is not federal law and that the president is free to override it at his discretion," said the memo written by John Yoo, who was then deputy assistant attorney general for the Office of Legal Counsel.

rules to be waived for border fence 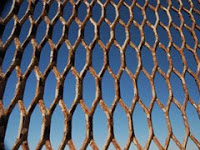 from ap: The Bush administration plans to use its authority to bypass more than 30 laws and regulations in an effort to finish building 670 miles of fence along the southwest U.S. border by the end of this year, federal officials said Tuesday. Invoking the two legal waivers - which Congress authorized - would cut through bureaucratic red tape and sidestep environmental laws that currently stand in the way of the Homeland Security Department building 267 miles of fencing in California, Arizona, New Mexico and Texas...

update: as he waives laws for bush’s border fence, chertoff says immigrants must ‘comply with the law’