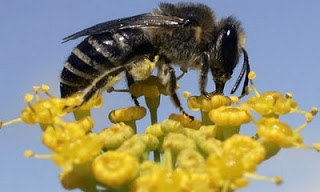 Study: Pollination Down With Bee Decline 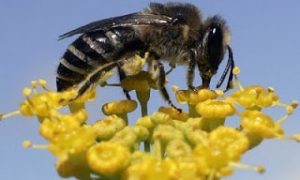 from upi: A decline in the world's bee population has been accompanied by a drop in pollination critical to the world's food supplies, a Canadian researcher says.

A University of Toronto scientist has found the first evidence of a downward trend in pollination and a possible link to climate change as a cause, a university release says.

James Thomson, a scientist with U of T's Department of Ecology and Evolutionary Biology, has spent 17 years examining the wild lily in the Rocky Mountains of Colorado and has found a decline in pollination, especially early in the growing season.

"Bee numbers may have declined at our research site, but we suspect that a climate-driven mismatch between the times when flowers open and when bees emerge from hibernation is a more important factor," Thomson says. "This is sobering because it suggests that pollination is vulnerable even in a relatively pristine environment that is free of pesticides and human disturbance but still subject to climate change," he said.

Thomson's research, one of the longest-term studies of pollination ever done, has been published in Philosophical Transactions of the Royal Society.