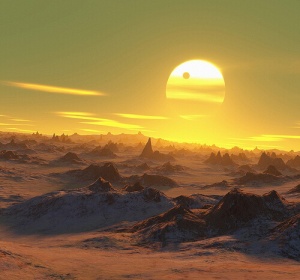 Is it only fear-mongering over new observations in article at Before It's News, "Shocked Scientists Ask: Is the Sun Dying?" The solar system is, after all, coursing through relatively unknown region of the galactic ecliptic and sun may be affected in unpredictable ways? The article is, still, of great interest as a regional space weather report, offering a sort of local forecast!  Scientists concerns are threefold: 1) sun's core of hydrogen gases is shrinking, and presents concern, helium gases will be used instead as fuel. Helium would transform Sun into a Red giant. Scientists believed, previously, this phase of Sun's lifespan still billions of years in future.

2) The Sun has been cooling since 1979. Scientists were shaken when a predicted warming trend did not materialize in 2007. The cooling trend is drawing comparisons to the Maunder Minimum, a mini-ice age of the late 1700s. David Hathaway of the Marshall Space Flight Center in Huntsville, AL sums up agreement among scientists in Scientific American article, "I think we're almost in violent agreement that this is an interesting minimum". The Sun's so-called "Great Conveyor Belt" has slowed to a crawl, which affects future solar activity. The solar wind, is also, 13 percent cooler and 20 percent less dense. The Sun's heliosphere is shrinking, offering less protection from Cosmic rays.

Perhaps, most alarmist of all, 3) Scientists are concerned about radioactive decay rates speeding up and possibility matter itself is being mutated? Wow! The article concludes with a fitting description and picture of a solar system without its first four planets, vaporized by our Red giant Sun! The present writer believes most readers suffer a degree of fear-fatigue and take a flamethrower in their face to get their attention! It's still a very interesting read!