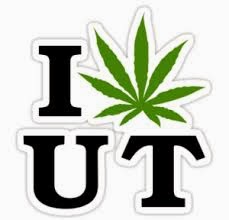 Supposed ‘Medical Marijuana’ Measures In Alabama and Utah Are Anything But

from alternet.org: At a public signing ceremony today, Utah’s Republican Gov. Gary Herbert will  approve House Bill 105 — aka “Charlee’s Law.” The law, and others like it, ostensibly allows children with treatment-resistant pediatric epilepsy access to extracts of the marijuana plant high in the cannabinoid cannabidiol (CBD).

While some media outlets are reporting that the passage of these measures are akin to ‘ approving medical marijuana,’ such claims are far from accurate.

Specifically, Utah’s  HB 105 — which takes effect on July 1 — is largely unworkable. As written, the law only exempts from state prosecution those with “intractable epilepsy” who possess a cannabis extract that contains more than 15 percent CBD and no more than 0.3 percent THC. Patients must receive a written recommendation from a Utah board certified neurologist and be registered with the state Department of Health before seeking such extracts, which for the time being may only be procured from outside of the state. The extracts must be produced in a lab that possess a state-license to manufacture such products.

While this language may appear to allow Utah patients to procure CBD products in neighboring medical cannabis states like Colorado, the likelihood of this scenario is highly doubtful. Colorado’s medical marijuana law only allows those who are state residents and who possess a state-issued patient identification card to legally purchase such products. In other words, Utah parents would have to violate Colorado law to obtain high-CBD extracts (which are likely to only be available from a medical dispensary, not a retail cannabis market). Colorado medical marijuana dispensaries would also be in violation of not just the letter of the law, but also the spirit of the law by providing a product they know is intended to be transported across state lines — a clear violation of the guidelines put forward in the August 2013 Department of Justice memo which call for “preventing the diversion of marijuana from states where it is legal in some form to other states.”

Utah’s forthcoming law also calls on the state Department of Agriculture “to grow or cultivate industrial hemp for the purpose of agricultural or academic research,” ostensibly for the purpose of one-day producing high-CBD cannabis medicines. However, it remains to be seen whether such industrial crops can yield therapeutically effective CBD extracts or whether federal lawmakers would even allow such a state-sponsored research project to move forward.

However, like the Utah law, Alabama’s forthcoming law will also be largely unworkable for those who seek to benefit from it. The measure appropriates $1 million dollars for University of Alabama-sponsored research in CBD extracts. Whether such research will actually take place is another story. Because CBD is, like the cannabis plant itself, classified under federal law as a schedule I controlled substance, multiple federal agencies — including the FDA, DEA, NIDA (US National Institute of Drug Abuse), and PHS (Public Health Service) must all sign off on any clinical investigation of the drug — a process that typically takes several years and often ends with federal regulators rejecting the protocol outright. Yet, under “Carley’s Law,” patients may only legally access CBD under if it is “prescribed” during the course of such a federally approved clinical trial.

Nevertheless, despite these obvious limitations in implementation, lawmakers in various other states — including Florida, Kentucky, Minnesota, South Carolina, and Wisconsin — are considering passing similar measures. (A similar Georgia measure died when lawmakers adjourned late last week.) While the passage of these measures may pose symbolic victories for legislators, they fail to provide tangible benefits to the constituents that they are intended to serve.