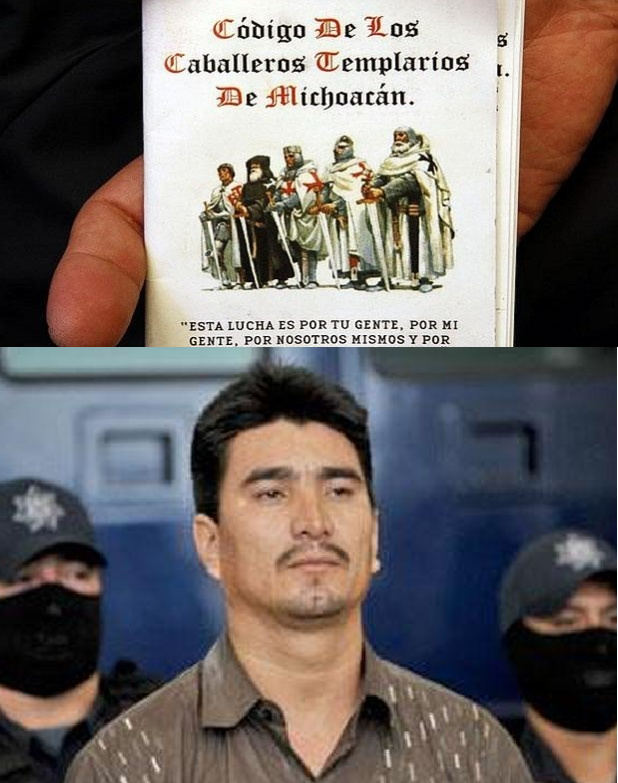 A Vice News article, “Drug Lord Nazario Moreno, the Philosopher Capo Who Wrote Books,” records another strange chapter of life in the drug cartels south of the border. Drug Lord Nazario Moreno Gonzalez was recorded in government books for a second time as deceased earlier this month, killed by government forces. Moreno, was previously, believed killed in a long shootout back in 2010. Leader of La Familia and Knights Templar drug cartels, Moreno has also left behind his literary efforts, at least, three books. Perhaps, most interesting and ironic is a 22 page booklet by Moreno, “The Code of the Knights Templar of Michoacán,” which communicates a code of conduct for cartel aspirants. You may ask what kind of conduct might be expected of initiates?

This is where Moreno goes around the bend and can only heap worst scorn upon him. In another article, “Mexico: Knights Templar Drug Cartel Made Recruits Eat Children’s Hearts in Initiation Rite,” it’s revealed, new members were “…forced to eat children’s hearts as part of a gruesome initiation rite…Nazario Moreno demanded that recruits proved their loyalty through an act of cannibalism…Authorities said they have reason to believe the hearts were mainly taken from local children who were kidnapped and had their organs harvested for trafficking purposes.” Drug cartels are ensuring perception they are less than human and blood rites strongly imply Satanic beliefs.