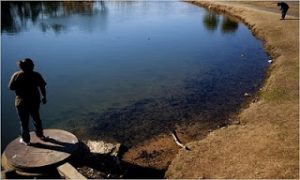 from allgov: Thanks to a conservative shift in the U.S. Supreme Court, government regulators are now limited in enforcing the nation’s toughest water pollution law, a development that has put the drinking water of millions of Americans at risk.

An investigation by The New York Times found that the U.S. Environmental Protection Agency (EPA) is unable to go after some businesses that have dumped oil, carcinogens and dangerous bacteria into lakes, rivers and other waterways. An estimated 1,500 major pollution investigations have come to a halt in the last four years.

The reduced enforcement has occurred because of two rulings by the Supreme Court that reduced the scope of the Clean Water Act by redefining the term “navigable waters,” Solid Waste Agency of Northern Cook County v. United States Army Corps of Engineers (2001) and Rapanos v. United States (2006). Now, waterways that are entirely within one state, creeks that periodically dry up, and lakes unconnected to larger water systems are beyond the jurisdiction of federal regulators.

“We are, in essence, shutting down our Clean Water programs in some states,” said Douglas Mundrick, an EPA lawyer in Atlanta. “This is a huge step backward. When companies figure out the cops can’t operate, they start remembering how much cheaper it is to just dump stuff in a nearby creek.”