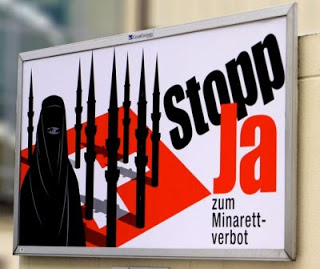 from nytimes: Sweden became the latest European nation to see a breakthrough for populist right-wingers Sunday, when the anti-immigration Sweden Democrats won their first parliamentary seats in elections that failed to produce a clear outcome.

The prime minister, Fredrik Reinfeldt, who led an alliance of four parties, claimed victory and is almost certain to become the first leader from Sweden’s center-right since World War II to serve two consecutive terms...

Unlike nearby Denmark and Norway, where populist anti-immigration parties have been successful for years, voters here had never before given the Sweden Democrats sufficient support to overcome the 4 percent threshold they needed to reach Parliament. The election authority said the Sweden Democrats won 5.7 percent of the vote and 20 seats...

With its high taxes and a generous welfare system, Sweden has been regarded by many outsiders as a bastion of liberalism and tolerance — immune from far-right politics.

However the integration of minorities within this nation of 9.4 million people has become a growing preoccupation, especially in cities that have experienced high rates of immigration.

Though the official campaign was dominated by discussion of welfare reform and taxation, immigration lurked beneath the surface.

related update: most americans wish US was like sweden