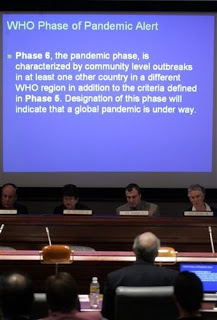 who says swine flu not an accident from a lab

from nytimes: The swine flu virus did not result from a laboratory accident, the World Health Organization said Thursday, working to debunk rumors started by an Australian virologist and circulated by news outlets all over the world. “We took this very seriously,” Dr. Keiji Fukuda, the agency’s deputy director general, said of the virologist’s assertion. “But the evidence suggests that this is a naturally occurring virus, not a laboratory-derived virus.” ... The virus rumor was started by Adrian J. Gibbs, a retired plant virologist from the Australian National University, who previously published work in the journal Science questioning the idea, now accepted, that the 1918 pandemic started as a bird flu... His theory was reported by Bloomberg News on Tuesday. Even though scientists at the Centers for Disease Control and Prevention were skeptical and some prominent virologists openly derisive, news outlets have repeated and magnified the theory, adding speculation about bioterrorism that even Dr. Gibbs repudiated. He was also interviewed Thursday on the ABC News program “Good Morning America.” Dr. Fukuda said a W.H.O. panel of experts had concluded that “the hypothesis does not really stand up to scrutiny... This is healthy... This is much better than dealing with rumors where you don’t know where the mistake comes from and can’t correct it.” Persistent false rumors, like those that AIDS is not caused by a virus or that polio vaccine sterilizes Muslim girls, have devastated efforts to control other diseases. Scientists have yet to pinpoint the origin of the swine flu virus, the earliest cases of which were found in Veracruz, Mexico. It contains genes from flu viruses that normally circulate in pigs in Europe and Asia, as well as avian and human genes. 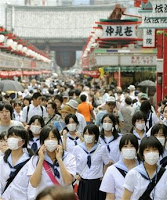