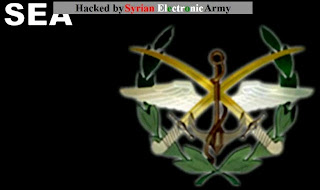 from reuters.com: Syria's civil war and political strife in Egypt have thrown up new battlegrounds on the Web and driven a surge in cyber attacks in the Middle East, according to a leading Internet security company. More than half of incidents in the Gulf this year were so-called "hacktivist" attacks - which account for only a quarter of cybercrime globally - as politically motivated programmers sabotaged opposing groups or institutions, executives from Intel Corp's software security division McAfee said on Tuesday. "It's mostly bringing down websites and defacing them with political messages - there has been a huge increase in cyber attacks in the Middle East," Christiaan Beek, McAfee director for incident response forensics in Europe, Middle East and Africa (EMEA), told Reuters. He attributed the attacks to the conflict in Syria, political turmoil in Egypt and the activities of hacking collective Anonymous. "It's difficult for people to protest in the street in the Middle East and so defacing websites and denial of service (DOS) attacks are a way to protest instead," said Beek.