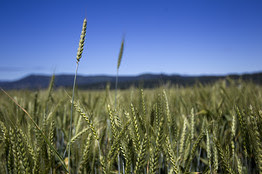 from globaltimes.cn: China is mulling over a national standard on using transgenic technology in agriculture in an effort to safeguard food safety, Vice Minister of Agriculture Niu Dun, told the Global Times Tuesday, without giving a specific timeline. It is imperative for China to develop its own standard, as the international community has been disputing it for years, Niu said. In a response to the hotly-debated issue of transgenic food’s safety, he said technologically speaking, there is little impact on human beings but its side effects remains unknown… Lin Min, a member of the National Transgenic Biosafety Committee under the ministry, on Tuesday said transgenic food is as safe as non-genetically modified organisms, which triggered huge public debate. Many have questioned the safety of such food and if the country has a rigorous evaluation system to supervise the products on the market.