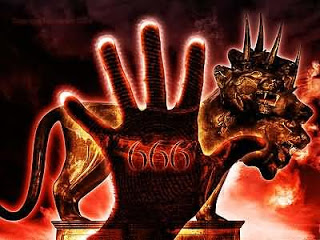 teacher claims fingerprinting is ‘mark of the beast’

from threat level: A 22-year veteran kindergarten teacher in the Texas Bible Belt could lose her job for refusing, on religious grounds, to give fingerprints under a state law requiring them.

The evangelical Christian, Pam McLaurin, is fighting a looming suspension, claiming that fingerprinting amounts to the “Mark of the Beast,” and hence is a violation of her First Amendment right to practice her religion. Her case is similar to a lawsuit by a group of Michigan farmers, some of them Amish, challenging rules requiring the tagging of livestock with RFID chips, saying the devices are also the devil’s mark.

The latest case is the first in which a teacher is refusing fingerprinting on religious grounds, the woman’s lawyer said. The U.S. Supreme Court has yet to decide whether the First Amendment is implicated in fingerprinting, especially at a time when states, local governments and civic organizations are increasingly making them mandatory for anyone wanting to drive a car or coach a youth basketball team.