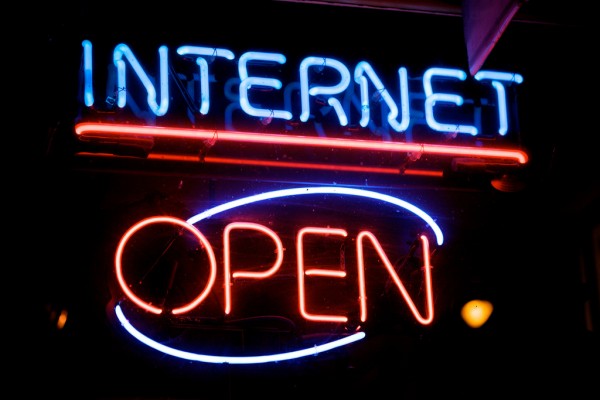 The FCC Says Your City Can Build a Public Internet, Even If Your State Says No

from motherboard.vice.com: The Federal Communications
Commission is going to allow two cities to ignore state laws that ban
them from building community-owned broadband networks, according to
chairman Tom Wheeler.

It's big news for Chattanooga, Tennessee, and Wilson, North Carolina, and it's a signal to other cities in the 21 states that have laws restricting municipal broadband that they can start considering their own networks without worrying about their state laws.

Some
quick background: Many cities that are poorly served by existing cable
and internet companies decide to build their own networks. It's a
particularly attractive option for cities and towns in rural areas, and
President Obama and Chairman Wheeler have been pushing it as something
cities should consider if they are unhappy with their current service.

But many states have laws restricting the practice, which were mostly lobbied for by telecom companies.
Wheeler and Obama have said they'd use a process known as preemption,
in which the federal government invalidates part of a state law (at
least on a case-by-case basis).

Wheeler decided today that North
Carolina's and Tennessee's laws could be preempted. The full commission
will vote on his decision later this month.

It's exciting, but the move also doesn't necessarily mean the floodgates are open.

"Federal preemption is a serious matter, so it has to be done on a
case-by-case basis," an FCC spokesperson told me. "It's not like you do
one and then you can clear them all. There still has to be examination
of the facts."

That could be problematic. Chattanooga and Wilson
both already had been operating their own networks (these petitions
allow the cities to expand their services to nearby towns), and thus
already have experience in the telecommunications and telecommunications
law space. That's important, considering that the petitions they filed are roughly 60 pages long and are very lawyer-y.

Presumably,
future petitions would have to be similarly thorough, which is still a
pretty big hurdle for a small town to jump over. The lawyer problem has been pointed to before as one of the reasons why many cities never attempt this.

But it's still good news. And the decision may be precedent-setting in Tennessee and North Carolina, at least.

"If
other municipalities seek this, the process may be slightly easier now
simply because the commissioner has worked through and outlined the
legal authority and specifics in this case of what's appropriate and
what the commission can do," the spokesperson told me.

"It would
apply to similar projects in North Carolina and Tennessee," the
spokesperson added. "Other state laws may be slightly different, but
still, the legal authority question has been vetted so the commission
wouldn't have to go through that exercise again."

The FCC's
authority stems from a few different places, namely the Constitution
(have you heard of it?) and its clause that allows Congress—and agencies
set up by Congress—to regulate interstate commerce. Section 706 of the
Telecommunications Act of 1996 allows the commission to remove barriers
to broadband competition.

Expect to see more of these kinds of
petitions coming up soon, and next time, don't expect it to take more
than half a year for a petition to be approved.