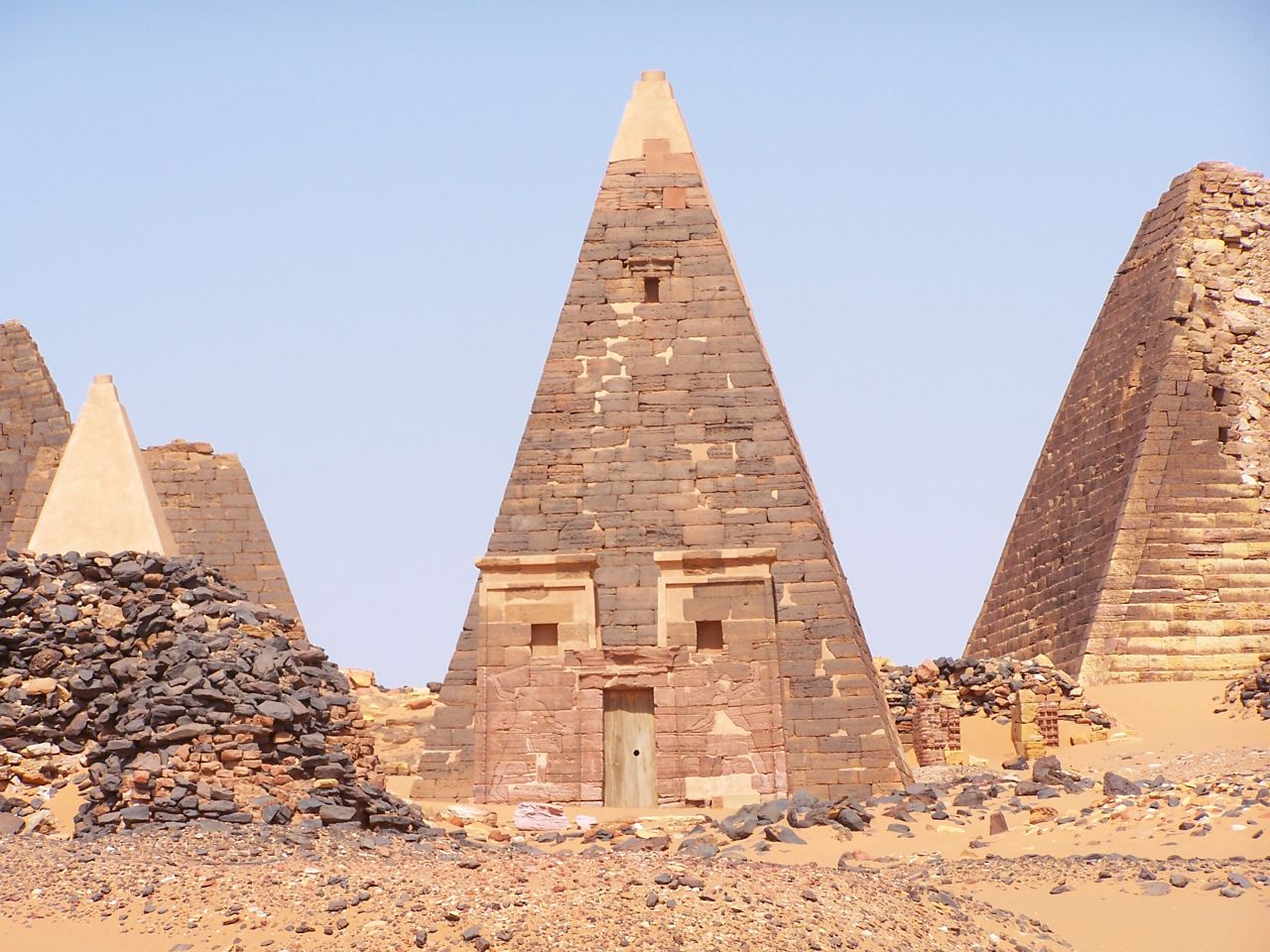 The Forgotten Pyramids of Sudan from aljazeera.com: More than 200km from the Sudanese capital Khartoum, the remains of an ancient city rise from the arid and inhospitable terrain like a science-fiction film set. Nestled between sand dunes, the secluded pyramids seem to have been forgotten by the modern world, with no nearby restaurants or hotels to cater to tourists.

The Nubian Meroe pyramids, much smaller but just as impressive as the more famous Egyptian ones, are found on the east bank of the Nile river, near a group of villages called Bagrawiyah. The pyramids get their name from the ancient city of Meroe, the capital of the Kingdom of Kush, an ancient African kingdom situated in what is now the Republic of Sudan.

Around 1000 BCE, after the fall of the 24th Egyptian dynasty, the Nubian Kingdom of Kush arose as the leading power in the middle Nile region. The Kushite kings took over and ruled much of Egypt from 712 to 657 BCE. In 300 BCE, when the capital and royal burial ground of the kingdom moved to the Meroe region, the pharaonic tradition of building pyramids to encapsulate the tombs of rulers continued here.