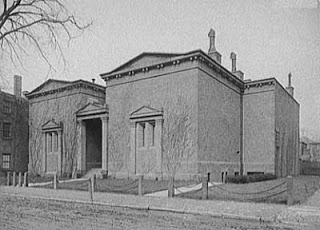 The Legend Of Skull And Bones 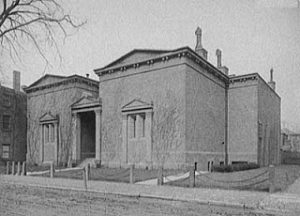 Secret Societies website provides many well-written articles on clandestine groups sworn to secrecy. In a 2012 article, "The Legend of Skull and Bones," provides readable survey of the secret Yale society with an excellent historical perspective. William H Russell, whose family ran opium to the Far East, founded with cohorts an organization at Yale, in response, to returning from Germany to discover hostile climate in the 1830s towards another secret society: Masons. The article contains little known details on Skull and Bones such as worship of the Goddess Eulogia; also, each member receives a tall grandfather clock as a wedding gift.

"The men called their organization the Brotherhood of Death, or, more informally, the Order of Skull and Bones. They adopted the numerological symbol 322 because their group was the second chapter of the German organization and founded in 1832. They worshiped the goddess Eulogia, celebrated pirates, and plotted an underground conspiracy to dominate the world. Fast-forward 170 years. Skull and Bones has curled its tentacles into every corner of American society...dominated by about two dozen of the country’s most prominent families—Bush, Bundy, Harriman, Lord, Phelps, Rockefeller, Taft, and Whitney among them—who are encouraged by the society to intermarry so that its power is consolidated."

"As soon as initiates are allowed into the “tomb,” a dark, windowless crypt in New Haven with a roof that serves as a landing pad for the society’s private helicopter, they are sworn to silence and told they must forever deny that they are members of this organization. Members of Skull and Bones must make some sacrifices to the society—and they are threatened with blackmail so that they remain loyal—but they are remunerated with honors and rewards, including a graduation gift of $15,000 and a wedding gift of a tall grandfather clock."

Secret Societies contains a wealth of information in well-written articles! It's important to be informed on these clandestine organizations, this article is a great place to start!