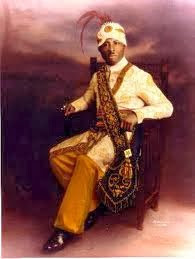 The Masons and the Moors

from www.NewDawnMagazine.com: The origins of Freemasonry – as would be expected of such a “venerable secret society” – are shrouded in myth, legend and almost impenetrable obscurity. Since at least the late 18th century Masonic writers have sought to establish a link between the Knights Templar and the Freemasons. Freemasonic lore and symbols have been traced to ancient Egypt and Phoenicia. Yet, despite all the books and articles exploring Freemasonry published over the last hundred years, there is one area that has not received attention. It concerns Freemasonry’s debt to Islamic mysticism and a shadowy tradition connecting the Masons with the Moors of North Africa.

The involvement of Freemasons in the establishment of the United States of America is well documented. In fact Masons featured so prominently in drafting the American Declaration of Independence that many people believed it a thoroughly ‘Masonic project’. Not only George Washington but also the US founding fathers Benjamin Franklin and Thomas Jefferson were high-degree Masons. Masonry had a profound influence on the formation of American society, but there was also another secret power which has gone completely unnoticed.

The Kingdom of Morocco under the leadership of Sidi Mohammed Ben Abdullah, known as King Mohammed III, was the first country in the world to recognise the United States of America as an independent nation in 1777. This historic act by the North African Muslim kingdom highlights the relationship then existing between America’s Masonic leaders and the Moors. Before exploring this strange connection further we need to understand the part played by the Moors in the transmission of knowledge to Europe.

Moor is the classical name in Europe of the Muslim people of North Africa. In Spain, where Muslims ruled for over five hundred years, Arabs are still called Moros. The term “Moor” came to be synonymous with “Muslim” in many contexts, for example the Muslim communities in the Philippines are known to this day as Moros. The Supreme Wisdom of the Moors, much of it derived from ancient Egypt, has come to be known as “Moorish Science”.
The Moors provided the vital link between ancient and modern civilisation. The light of knowledge which illuminated the Moorish lands of Spain and Sicily was instrumental in dispelling the gloom of ignorance that enveloped mediaeval Europe.

“It was under the influence of Arabian and Moorish revival of culture,” writes Robert Briffault in The Making of Humanity, “and not in the 15th century, that the real renaissance took place. Spain and not Italy, was the cradle of the rebirth of Europe. After sinking lower and lower in barbarism, it had reached the darkest depths of ignorance and degradation when the cities of the Saracenic world Baghdad, Cairo, Cordova, Toledo, were growing centres of civilisation and intellectual activity. It was there that the new life arose which was to grow into a new phase of human evolution. From the time when the influence of their culture made itself felt, began the stirring of a new life.”
The Orientalist Stanley Lane-Poole acknowledged the great impact Moorish civilisation had on Europe when he wrote:

For nearly eight centuries under her Muslim rulers Spain set to all Europe a shining example of a civilized and enlightened state. Art, literature and science prospered as they then prospered nowhere else in Europe. Students flocked from France and Germany and England to drink from the fountains of learning which flowed only in the cities of the Moors. The surgeons and doctors of Andalusia were in the vanguard of science; women were encouraged to devote themselves to serious study, and a lady doctor was not unknown among the people of Cordova.1

The 19th century French writer on the esoteric sciences, Gerard Encausse, known as “Papus”, noted how “the Gnostic sects, the Arabs, Alchemists, Templars” form a chain transmitting ancient wisdom to the West. This explains why within the Ritual of Freemasonry there is the admission “we came from the East and proceeded to the West.” A Masonic author Bernard H. Springett says:

The plain fact that much of what we now look upon almost entirely as Freemasonry has been practised as part and parcel of the religions of the Middle East for many thousands of years, lies open for anyone who cares to stop and read, instead of running by. But it is frequently and scornfully rejected by the average Masonic student…2

So we find that just as Europe borrowed considerably from the learning of the Moors, European Freemasonry took its “secret wisdom” from the Muslim East.

With the end of Moorish rule in Spain, the Europeans began to colonise Africa, Asia and the Americas. In time European Christians conquered Muslim territories and the great debt Western civilisation owed to the Moors was quickly forgotten. By the 18th century European Christians saw themselves as the predestined rulers of the world with a divine mission to “civilise” the heathen. Western historians conveniently ignored the immense contribution of the brilliant and energetic Moorish civilisation in delivering Europe from mediaeval barbarism. We can only conclude this is a result of the pride and presumption of Westerners, which prevent them from recognising the truth or importance of their debts to the East.

For the rest of this article, here.