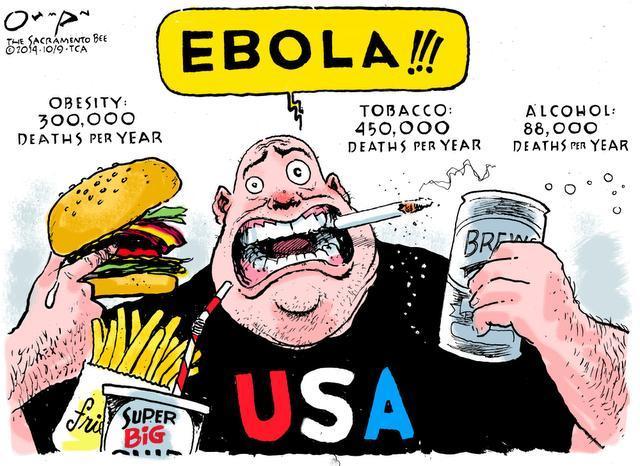 The Nature of American Denial

from zengardner.com: At the core of self delusion is the inability and/or the unwillingness of facing reality. While psychological disorders can often explain abnormal behavior in individuals, the exegesis for deviant social attitudes and accompanying conduct is reserved for society. Or so we are told! But does this make sense to you? As long as you accept that reality does exist and that it can be understood, it follows that we have the right, the ability and the obligation to comprehend it and adjust our actions accordingly.

Most Americans view, of their own personal identity, is inculcated by the political culture. Delmar England, in his provocative work – Mind and Matters, The World in a Mirror – offers this valuable insights into our mutual and shared condition: “In human affairs, as surely as effect is preceded by action, action is preceded by belief, and belief is preceded by thought and conclusions.”


Applying this standard to politics Mr England depicts government is this fashion:

“For all the sidestepping, dance arounds, word games, and confused rhetoric, the term government is easily defined; not by subjective agreement, but by reference to objective reality and the actual entities involved. First, we know that there is no such thing as an infinite entity and that the term, government, necessarily denotes a relationship. The actual entities involved are human individuals. The base options of relationships between individuals are non-initiation of force and non-coercion, or initiation of force and coercion. It makes no difference how many different subjective labels are put upon the situation, the objective fact remains that at the root of it all, these are the only two options. The former is in recognition of the individual as a self-owned entity. The latter is based on the idea of an individual being the property of an “infinite entity”; which is the “justification” for rule by the individuals who hide behind the abstracts and exercise their will to dominate and control all others.”

“The subjective and arbitrary labels arbitrarily associated with government such as democracy, socialism, communism, etc. are purely for the purpose of self-delusion. Although form of implementation may vary and some versions start closer to ultimate self-destruction than other versions, the common and identifying objective content of each and every one is initiation of force and coercion. Millions may volunteer for such an anti-social system and play self-deluding word games for the sake of preferred self-image, but all the pretense in the world and “definitions by agreement” will not erase the truth about government, nor prevent the certain violent consequences of initiation of force and coercion.”

No doubt, this is a correct assessment. Virtually every society and country operates with the implied and universal acceptance that government is natural and ordained. The individual accepts force and coercion as a substitute for avoiding the risk and responsibility of personal Freedom. MindMatters concludes with this point:

“Rather than freedom being the highest value sought by most, it is their deepest and most abiding fear. So much so that they can’t even envision it.”

American denial has caused an epidemic dysfunctional confusion. The delusion that our own self identify is equivalent with the “collective will” of society; which, in turn is synonymous with the government and its policies, is a sociopathic sickness. The antisocial behavior of the STATE demonstrates all the characteristics of a profile of a sociopath. Apply the top five to the demeanor of government: Glibness/Superficial Charm – Manipulative and Conning – Grandiose Sense of Self – Pathological Lying – Lack of Remorse, Shame or Guilt. We are all taught what we should believe about government; but only the fool, the liar or the delusional accepts that our – self-owned entity – benefits from the force and coercion that the State demands upon us.

Robert L. Kocher has compiled a body of works far too numerous, on this topic to cite sufficiently. We urge you to review and absorb the wisdom in his insights. Most of the lessons detail the last administration, but are completely relevant to the current regime. One essay, especially compliments the Delmar England conclusion. Mr Kocher writes in American Mental Health and Politics:

“If some of us are appalled, frightened, and even driven half crazy by the maddeningly and complacently silly or psychotic levels of denial, by the superficiality, by the abysmal immaturity, by the primitive level of personality structure, by the too-easily employed distorted rationalizations, by the lack of contact with basic reality that we deal with in our daily lives, hear in our college faculties, and see on TV and in high political office, we can nevertheless know that the reality of our perceptions is validated by mental health figures as well as those patients being seen in therapist’s offices.”

Currently, the national mood is absorbed in the illusion that Americans are at risk and that they are in danger from terrorists abroad. While reality demonstrates that enemies of America are plentiful, the disconnect that their veridical hatred is focused upon the U.S. Government and its policies, is concealed. Vast numbers of Americans feed their denial that they are the target of madmen; while they seek comfort in the fallacy that support for the WAR Party will make them safe. The force and coercion that the government imposes upon you, under the pretext that it is necessary and protective, diminishes your safety as it destroys your Liberty. The utter fraud of national security policy, seeks only to preserve the government, no matter how much harm it inflictes upon citizens.

So why do so many misguided flag-waving zealots rally to a jingoistic cause? Kocher provides the answer: “We now live in a society where many people no longer want or value freedom. Personal freedom and the responsibility that goes with it are abrasive intrusions or demands upon a crippled self-absorbed internal state.”

“American Denial” prevents the admission that U.S. policies only benefit the government. Their own personal delusional perceptions are interchangeable with a phony litmus test, judged by their support for State illusions. The thought of exercising the Freedom to think, criticize, condemn and resist is far too disconcerting to the sheeple. They view their own self worth as an adjunct of an abstract deception; while, the true motives of the government are to control society and all individuals, using force and coercion. Both England and Kocher have it right. The association between an individual and an infinite entity denotes a relationship; and the reluctance or unwillingness to exercise freedom and responsibility, allows the government to implement force and coercion.