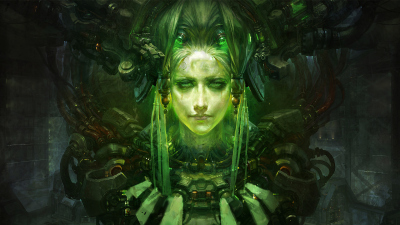 The Shamanic Significance of the Blood Moon and the Green Fire

from theholisticworks.com: Our Feeding the Dog shamanic ceremony this year will take place on the Blood Moon, Saturday April 4th,. You may have been wondering what a Blood Moon is and about its significance with shamanic work? So here’s an article all about it.

When I performed the same Feeding the Dog ceremony last year, on the first full moon after the Spring Equinox, it was on the first of an unusual series of four lunar eclipses, of which April 4th this year will be the third. Astronomers refer to the phenomena of four total lunar eclipses in a row, with six full moons in between each one, and no partial eclipses, as a tetrad of lunar eclipses, and they are quite rare.

The Blood Moon refers to the coppery red hue which the moon takes on when it undergoes a lunar eclipse, because of the dispersed light from dust reflecting the sunrises and sunsets from the Earth. Nothing more spooky than that.

But this latest Blood Moon is getting a bit of traction in the conspiracy forums  because the first (April 15th last year) and third (April 4th this year) fall on the first full moon after the Spring Equinox, which is known in the Jewish calendar as Passover. Not only that, but the fourth and final one will fall on the Autumn Equinox, this year, known to the Jews as The Feast of the Tabernacles.


So those who use the Bible to base their theories about an End of Days apocalypse are having as much fun with this one as they did with Winter Solstice of 2012, as the forces of war get ready to ride in on the rush of Aries fire energy.

The sign of Aries (March 21-April 19) begins on the Spring Equinox and is known as the Fire Starter because of the huge,  upsurge of energy that comes into the Earth then, which causes the plants to start to spring up – hence, Springtime.

Aries is governed by the planet Mars, which has been associated with the warrior spirit since the times of the Romans, and the Greeks to whom Mars was Ares. Aries is named after the Greek god of war, Ares.

So this month has always been a popular one for starting wars – euphemistically titled on the BBC as a Spring Offensive. The Iraq war of 2003 began on the Spring Equinox. Pundits reckon Obama is gearing up to a second Iraq war (well, third, if you count Kuwait) on this date again.

Riding in on the bandwagon, like an Old Testament prophet foretelling gnashing of teeth in the Valley of Death, is Christian pastor John Hagee, with his book, Four Blood Moons – Something Is About To Change. I must confess I haven’t read it, for the same reason that I didn’t read all those End of Days books about 2012. It is Hagee who has popularised the term Blood Moon for a moon which falls within this tetrad.

“The sun will be turned to darkness, and the moon to blood before the great and dreadful day of the LORD comes.” Joel 2:31.

However, the moon has “turned to blood” countless time since that was written, and I didn’t notice -did you? – any kind of dreadful, apocalyptic second coming-type scenario.

Reading the reviews, Hagee’s ‘something is about to change’ pertains to the state of Israel. Sadly, this is how myopic all religions make us – all the better to control us with. We can’t see beyond our own backyard. However, those of us who understand that the Jewish calendar is based on a much older and universal one will be digging for deeper significance to do with Earth magic.

Dscarding all the woo-woo and manipulation of consent for war which is riding on the back of this rare celestial event – there have only been eight such similar eclipse tetrads in the last 2,000 years – I feel that eclipses held great significance for the ancient Druids and those who worked magically with Nature and the spirits of the land.

I have also noted the following: Asser, the Celtic Druidic monk, was a close confidante of King Alfred the Great, who was hiding out from the Vikings near Burrow Mump before emerging and winning a decisive battle against them. In Asser’s chronicles of the times, he always notes an eclipse… as if it has some kind of occult importance.

So I’m still researching a lot of this myself…. but I do feel guided to hold these ceremonies on these eclipses, because of that significance.

Attuning to the Green Fire

Timing is key to accessing the cosmic powers in all this kind of shamanic work – which is why the Roman Christian church moved all the dates around to make Easter (the pagan Oestre) on the first Sunday after the first full moon after the Spring Equinox and not on the full moon day (Saturday) itself when what’s going on Above will mirror, in terms of the powerful spiritual energies available to us, any work that we do Below.

So along with the ceremonial work, I’ll also be teaching some useful techniques to get us all much more in touch with the Green Fire, which is the energy of the spirits of the land, otherwise known as the Fae. This will enable more of us to receive a tangible benefit from this work in terms of our mind-body-spirit health and wellbeing.

What are the tangible benefits of attuning to the Green Fire of the Fae?

It comes down to us in the old hedge witch lore under the headings of ‘health’, ‘love’, ‘luck’ and ‘prosperity’. What it actually means is getting into attunement with the natural, balanced flows of the land, which is the mirror of the underworld, the realm of potentiality, so that what mirrors back to us, into our life, is in alignment with our greatest good and the greatest good of the whole.

You can read more about the Feeding of the Dog ceremony here.