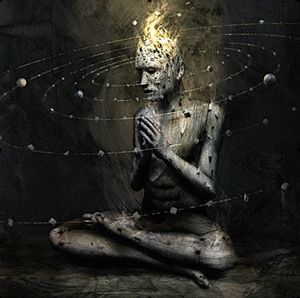 The Untold History of Psychedelic Spirituality, Social Control, and the CIA

from GnosticMedia.com: Today there are many names for drug substances that we commonly refer to as “hallucinogens,” “psychedelics,” “psychoactives,” or “entheogens,” et al. But it hasn’t always been that way. The study of the history and etymology of the words for these fascinating substances takes us, surprisingly, right into the heart of military intelligence, and what became the CIA’s infamous MKULTRA mind control program, and reveals how the names themselves were used in marketing these substances to the public, and especially to the youth and countercultures.

The official history has it that the CIA personnel involved in MKULTRA were just dupes, kind of stupid, and, by their egregious errors, the psychedelic revolution “happened” – thwarting their efforts. The claim is that these substances “got out of the CIA’s control.” Words like “blowback” and “incompetence” are often tossed around in such theories regarding the CIA and military intelligence, but without much, if any, supporting evidence.

It’s almost impossible today to have a discussion regarding the actual documents and facts of MKULTRA and the psychedelic revolution without someone interrupting to “inform” you how “it really happened” – even though most often they have never studied anything on the subject.


As we get started, I would like to propose that we question this idea of blowback: Who does it benefit to believe that it was all an accident and that the CIA and military intelligence were just dupes? Does it benefit you, or them? It might be uncomfortable for a moment for some of us to admit that maybe they (the agents) weren’t so stupid, and maybe we were the ones duped. Sometimes the best medicine is to just admit “hey, you got me” and laugh it off. For those of you who’ve heard these blowback theories and haven’t considered the possibility that the CIA created these movements intentionally, this article may be challenging for you, but stick with it, as it will be worth your while.

Now we’re ready. Because, defenses aside, a more honest, and less biased, inquiry into the history and facts reveals, startlingly, something quite different from the popular myths. This paper reveals, for the first time, how the opposite of the official history is true, and that the CIA did, in fact, create the psychedelic revolution and countercultures – intentionally.

As I’ll show in this article, the goal had changed and they wanted a name that would help sell these substances to the masses as sources of spiritual enlightenment rather than insanity. In their book The Psychedelic Experience: A Manual Based on the Tibetan Book of the Dead, we see doctors Timothy Leary, Ralph Metzner, and Richard Alpert explain:

Of course, the drug dose does not produce the transcendent experience. It merely acts as a chemical key — it opens the mind, frees the nervous system of its ordinary patterns and structures. The nature of the experience depends almost entirely on set and setting. Set denotes the preparation of the individual, including his personality structure and his mood at the time. Setting is physical — the weather, the room's atmosphere; social — feelings of persons present towards one another; and cultural — prevailing views as to what is real. It is for this reason that manuals or guide-books are necessary. Their purpose is to enable a person to understand the new realities of the expanded consciousness, to serve as road maps for new interior territories which modern science has made accessible.
—Timothy Leary, Ralph Metzner, Richard Alpert

But what was the purpose of all of this? They state “The nature of the experience depends almost entirely on set and setting.” As we’ll discover on this etymological trip, it was all about marketing – the CIA’s marketing – regarding set and setting. Sound like a “whacky conspiracy theory” yet? As we’ll soon discover, it’s not. The CIA’s MKULTRA program was very real, was exposed before Congress in the Rockefeller and Church Commissions, and was all over the news media in the 1970s. But that was 40 years ago and this is now. So why should we care? Because much of the program wasn’t revealed in the 1970s and persists to the present, and it affected just about everyone. It wasn’t limited to just a few thousand victims of the CIA’s secret human experiments. There were actually many more victims – millions more. You may have been one of them.

As we’ll see, this idea that the psychedelic revolution and counterculture were intentionally created affects most of us: the youth caught up in drug use, the parents, the anti-war movement, those involved in the psychedelic revolution or in politics; as well as artists, or people who use these substances for spirituality, or even anyone who’s ever spoken the word psychedelic. It affects us because, as we’ll see, that’s what it was meant to do.

In the early years of research into these drugs, psychology researchers and military intelligence communities sometimes called them, aside from “hallucinogen,” by the name "psychotomimetic" –which means psychosis mimicking. The word hallucinogen, “to generate hallucinations,” came just a few years before psychotomimetic. The same year that psychotomimetic was created we also saw the creation of the word “psychedelic” – which means “to manifest the mind.” The last stage of this etymological evolution, as we’ll see, was the word “entheogen” – which means “to generate god within.” We’ll return to hallucinogen and these other words in the course of our journey.

While these words may have told what these substances do in the intelligence community’s collective understanding, accurate or not, they are loaded with implications. Suggestibility, otherwise known as “set and setting,” is one of them. The study of the history of these words, their etymology, reveals how MKULTRA researchers covered up and kept covered up – until now that is – this aspect of the MKULTRA mind control program.