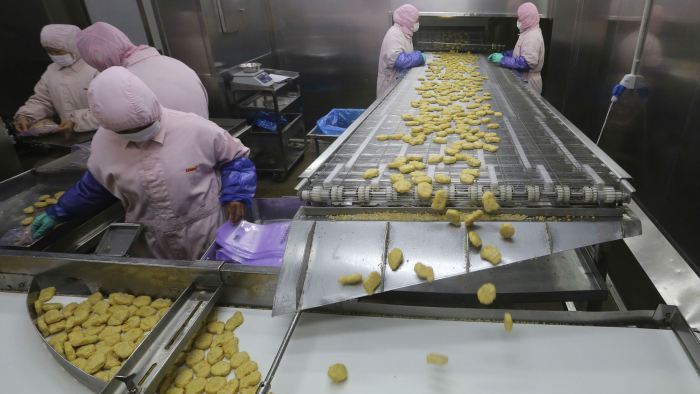 from QZ.com: A
US-owned factory in Shanghai is at the center of China’s latest food
scandal: Chinese health authorities have suspended operations at
Shanghai Husi Food, owned by the Illinois-based OSI Group, for
reprocessing old and discarded meat
to extend its use-by date. Husi was supplying meat to KFC, Pizza Hut
and McDonald’s restaurants in China. Staff were captured on camera
reprocessing expired and discarded meat—in one case picking up food off
the floor and throwing it into processing machines.

OSI, McDonald’s largest protein supplier,
is one of several American firms that have recently been buying and
building plants in China in hopes of capitalizing on the country’s
rising standard of living. But the allegations, made by local Chinese
media Dragon Television, are a reminder of how difficult it can be to
improve China’s food safety problems.
CONTINUE @ SOURCE