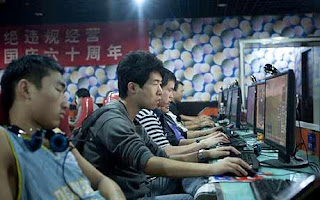 An article at "The Telgraph" provides a 21st Century timeline of censorship and cyber attacks by China. Cisco, a US networking company, sells 200 routers to China in 2003, which enables the government to censor internet traffic. In March 2009, Chinese government blocks You Tube after video showing police beating Tibetan Monks is posted. In June 2009, China requires all computers be equipped with Green Dam monitoring software, which creates a storm and plan dropped in August. The US begins testing tech to assist computer users in China and Iran to bypass firewalls. US explores "feed over email"(FOE) system to deliver news that evades web screening technology.

In January 2010, China announces plan for compulsory registration of users' real names, before, anyone can make comments in chat rooms and other forums. Google threatens, also, in January, to pull out after attacks on its servers targeting gmail accounts of human rights activists.

In March 2010, Google redirects Chinese users to its uncensored Hong Kong site and shuts down its search engine in China.

In April 2010, China directs 15 percent of world internet traffic through is state-owned ISPs.

In November 2010,  US Congress warns hijacking of 15 percent of internet traffic, in April, may have been malicious.