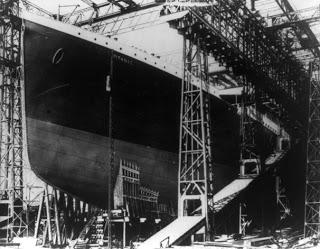 Titanic II, Replica Of Famed Ship, To Be Built By Australian Billionaire 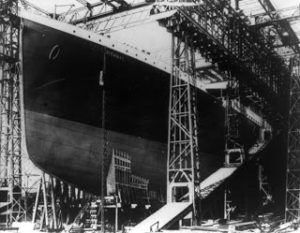 from washingtonpost.com: Australian mining billionaire Clive Palmer plans to build a 21st-century replica of the Titanic and sail it from England to New York accompanied by the Chinese navy by the end of 2016. He has signed a first-stage agreement with Nanjing-based CSC Jinling Shipyard to build the ship as part of a planned fleet of luxury liners, the Gold Coast, Queensland-based businessman said in an e-mailed statement today. Palmer, whose investments include golf courses, hotels, coal and iron-ore mining projects, a nickel smelter, a soccer team and a horse stud, said the ship will have the same dimensions as the original Titanic. A move into the cruise market, where ships typically cost at least $500 million to build, is an ambitious step, Greg Johnson, an analyst with Shore Capital Group in London, said by phone. “You’re starting from scratch with no experience,” Johnson said. “A $500 million punt is quite sizable.” The Titanic, commissioned by White Star Line, was the largest liner in the world when built at just under 270 meters (about 880 feet) and 53 meters high. It sank on April 15, 1912, after hitting an iceberg east of Newfoundland, costing the lives of more than 1,500 passengers and crew, according to the statement. The Titanic II will, like its predecessor, have 840 rooms on nine decks, Palmer said.