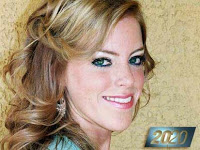 ‘highly likely’ bush saw torture tapes
from thinkprogress: Larry Johnson, a former CIA agent and State Department counterterrorism official, told The Bill Press Show this morning that it was “highly likely” President Bush had viewed the videotapes of the 2002 interrogations that were later destroyed:

Bill Press: You said that you believe President Bush actually saw one of these videos?

US covering up kbr rape case

from press tv: A former employee of the US' Halliburton/KBR construction firm has accused Washington of covering up her rape by colleagues in Iraq. Jamie Leigh Jones, 22, was gang raped by her co-workers two years ago at a KBR camp in the Green Zone, a heavily guarded area in central Baghdad, where US officials live and work, ABC reported.

flashback: 'the soundtrack of the boys shrieking' 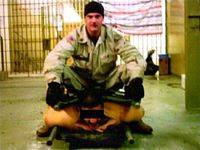 from common dreams: Leading investigative journalist Seymour Hersh has told the American Civil Liberties Union (ACLU) that videotapes were made of young boys being sodomized at Abu Ghraib prison. The Bush administration is holding videotapes of these acts, said Hersh... "The worst is the soundtrack of the boys shrieking," Hersh told the group, adding that there was "a massive amount of criminal wrongdoing that was covered up at the highest command out there, and higher."