omnilink gets students back in school

from gps daily: Truancy not only keeps students from getting an education, it also acts as a gateway to the commission of illegal activities, such as vandalism, theft or more serious crimes. That's why getting students back in school is so important to the Midland County Justice Court in Texas, where they announced the use of Omnilink's electronic monitoring devices on at-risk truant students to track whether they are attending school. 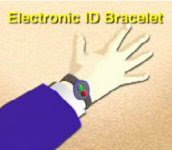 from paul joseph watson: The Department of Homeland Security is pursuing the introduction of a device known as the Security Bracelet, a wearable tag that would allow authorities to inflict pain compliance on suspects from a distance, while also recommending law enforcement applications and potential use in "crowd control situations". Introduced ostensibly to combat airline terrorism, a creepy promo video courtesy of the patent holders Lamperd FTS exploits shocking 9/11 imagery to push the torture device as a solution to countering potential hijackers by inflicting "Electro-Muscular Disruption" and presumably giving the rest of the passengers a debilitating shock at the same time. 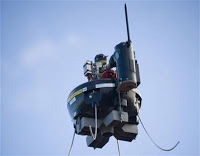 from reuters: Miami police could soon be the first in the United States to use cutting-edge, spy-in-the-sky technology to beef up their fight against crime. A small pilotless drone manufactured by Honeywell International, capable of hovering and "staring" using electro-optic or infrared sensors, is expected to make its debut soon in the skies over the Florida Everglades. If use of the drone wins Federal Aviation Administration approval after tests, the Miami-Dade Police Department will start flying the 14-pound (6.3 kg) drone over urban areas with an eye toward full-fledged employment in crime fighting. 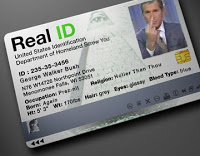 from fcw: Opposition is building in Arizona’s Legislature to Democratic Gov. Janet Napolitano’s plan to authorize a hybrid driver’s license that also would serve as a border-crossing card and would comply with the Real ID Act... The new Arizona license would contain a radio frequency identification tag that can be scanned at a distance. Opponents have raised concerns about privacy and intrusiveness, as well as cost.

from cbc radio: The Surveillance Society. The New Authoritarianism. The Age of Paranoid Politics. These are just a few of the ways writers and thinkers describe the age we’re now living in. The signs of anxiety and fear in this post 9/11 era are all around us. School lock-downs are called the new fire-drill. But what are we to make of all of this? We know that video cameras can, in specific situations, help solve crimes but must everybody be watched all the time? And what’s at stake?