Truth Leaking Out About Khandahar Bloodbath 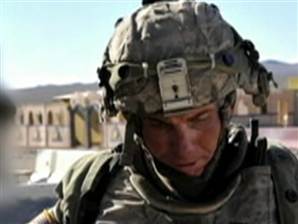 Is Staff Sergeant Robert Bales a scapegoat for military adventure – very similar to what took place in Vietnam reminiscent of the 1968 My Lai Massacre? The early press threw out possible contributing factors as a fourth deployment or a prior brain injury for public consumption. RT provides article much closer to reality, “Up to 20 US troops behind Kandahar bloodbath – Afghan probe.” The probability is on side of Afghan investigator’s comment, “‘we are convinced that one soldier cannot kill so many people in two villages within one hour at the same time, and the 16 civilians, most of them children and women, have been killed by the two groups,’ investigator Hamizai Lali told Afghan News.” Bales is presently in solitary confinement at Fort Leavenworth, reports SOTT, “…the only maximum security correctional facility operated by the defence department.” Is this a warning to other soldiers who disagree with their treatment?