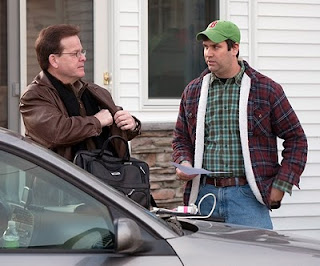 from threat level: Two bloggers received home visits from Transportation Security Administration agents Tuesday after they published a new TSA directive that revises screening procedures and puts new restrictions on passengers in the wake of a recent bombing attempt by the so-called underwear bomber.

Special agents from the TSA’s Office of Inspection interrogated two U.S. bloggers, one of them an established travel columnist, and served them each with a civil subpoena demanding information on the anonymous source that provided the TSA document.

The document, which the two bloggers published within minutes of each other Dec. 27, was sent by TSA to airlines and airports around the world and described temporary new requirements for screening passengers through Dec. 30, including conducting “pat-downs” of legs and torsos. The document, which was not classified, was posted by numerous bloggers. Information from it was also published on some airline websites.

Transportation Security Administration spokeswoman Suzanne Trevino said in a statement that security directives “are not for public disclosure.”

“TSA’s Office of Inspections is currently investigating how the recent Security Directives were acquired and published by parties who should not have been privy to this information,” the statement said.